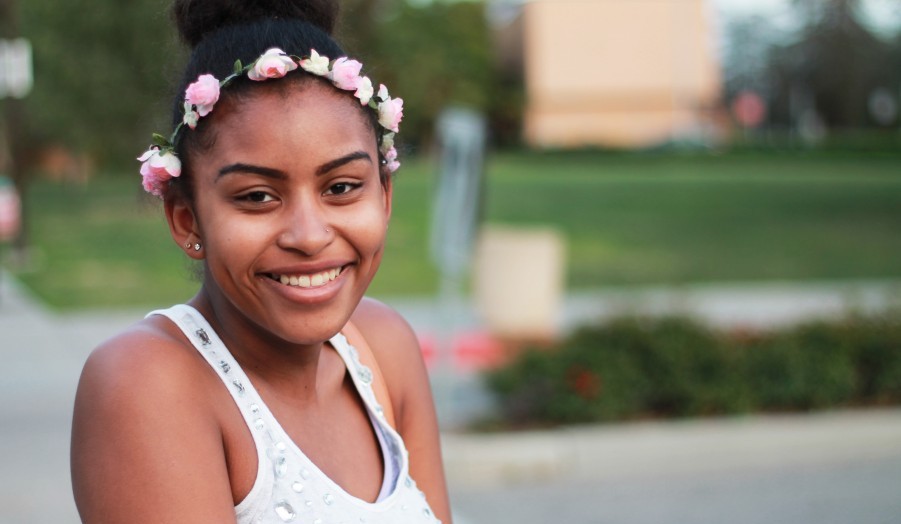 Davina McKenzie, 18, a business management major recently got her first tattoo of her zodiac sign on her upper right thigh. (Ashley Grant/The Sundial)

Davina McKenzie, 18, a business management major, got her first tattoo just a couple of weeks ago to celebrate becoming an adult.

“Way before I turned 18, I was ready to get a tattoo,” McKenzie said. “Although I’ve always wanted one, the timing for this was completely spur of the moment.”

On the side of her right thigh lays a bold black stencil of a lion standing in a prowling stance.

“I’ve always wanted to get a lion tattoo on my body, and so I finally did,” McKenzie said. “This lion actually has the Leo symbol in the middle of its left paw because my zodiac symbol is a Leo and I thought it would be a cool touch.”

Growing up, McKenzie knew she wanted to get ink one day and would often keep drawings in case she got the chance.

“I originally found the image online and I always loved how it looked,” McKenzie said. “I’ve had this lion image with me all throughout high school and when I finally decided to get my tattoo I knew I would get this one. It turned out so awesome.”

Just a few weeks after McKenzie turned 18, she and her roommate rushed to Needle Pushers Tattoo parlor located in Van Nuys, with the lion image in her hands.

“My parents were whatever about me getting it,” McKenzie said. “They didn’t really have a problem, but I still had my roommate come with me.”

After a 45-minute ink session and a bill of $150, McKenzie finally had the tattoo she had been anxious to get.

“The tattooing actually didn’t hurt me at all which I was surprised,” McKenzie said. “If I could describe it, it would have to be like getting a really bad sunburn and then accidentally scratching it. Not really a pain, but a sensation. I’m definitely up for doing it again.”

With ink still fresh on her skin, McKenzie is already planning out her next tattoo, a bird with music symbols around it.

“I don’t know what type of bird just yet,” McKenzie said. “But I know I want to get it on my shoulder.”