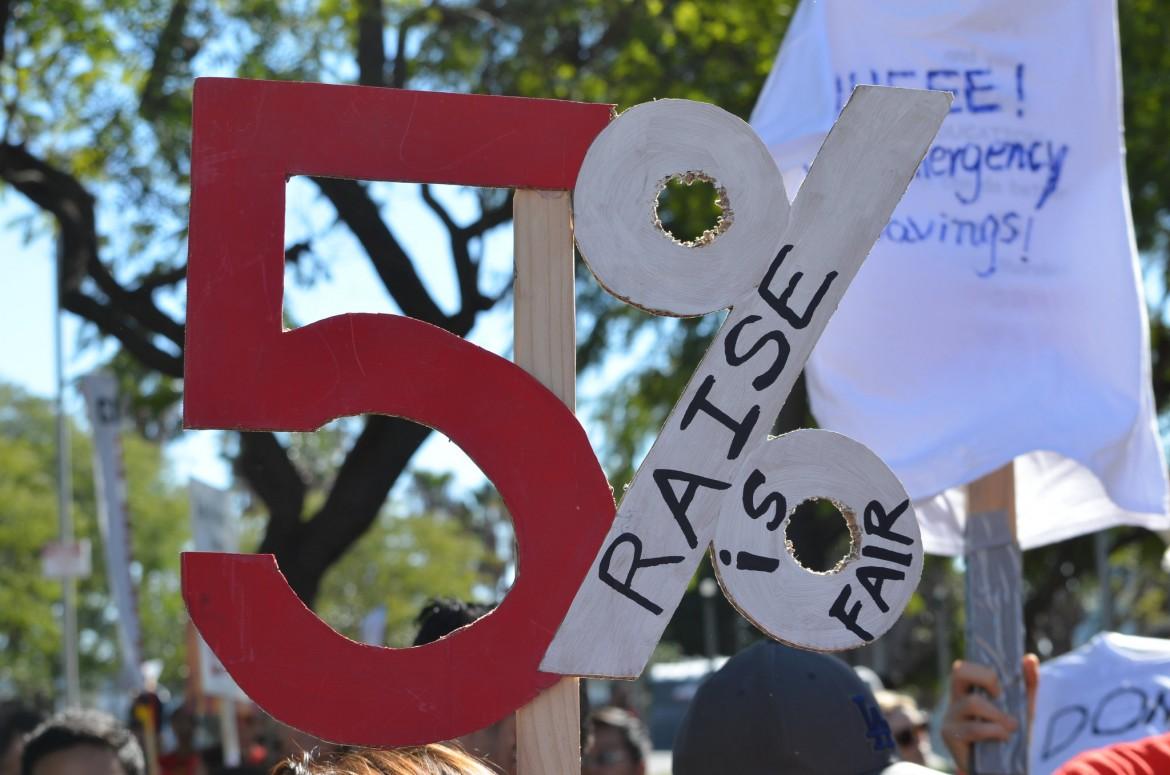 Professors planned to strike on April 13 in order to send a message to the California State University system, because they are tired of being paid insufficient and wanted change for the better. They averted the strike by successfully negotiating and subsequently showed the courage unions bring for workers.

For years unions have fought on behalf of work issues such as increasing pay, safety in the workplace and even paid leave. This gives worker’s a loud voice that keeps fighting for them.

At one point in our history, unions were seen in a negative light and the argument against unions in areas like education was that labor unions cause job loss and prevent the firing of incompetent workers and even lead to less productivity.

Now let’s be clear, unions, in general, don’t purposefully kill jobs. It’s business that does. When a business calculates all of the cost of expenses in order to make a profit they make cuts so they don’t lose a lot of their profit.

In cases of faculty unions, union are known for keeping professors who are otherwise not deserving of their jobs, which is true but because of their purpose of fighting for all their members and workers. It’s is hard to let go of the people they fight for. It’s hard to let go of many professors anyway due to tenure, which keeps them for long periods of time.

In regards to qualified professors, that is something that should be worked on. Every professor in one or the other qualified to be a professor, because in the end, they work hard to achieve one goal — to educate students. Every professor has their moments in the sun, but what people don’t realize, they work hard every day in an effort to improve their craft. They work longer then what is required of them to give their students a good education.

I know a professor at CSUN who works till 11 p.m., just to grade papers and articulate lesson plans for her next class. Not because she just wants tenure or that she wants an award, but because she cares about her students and she wants to do right by them.

The fight that they have made not just the union but the professors is a testament of how Americans fight every day for their rights and the right to work is one of them as well.