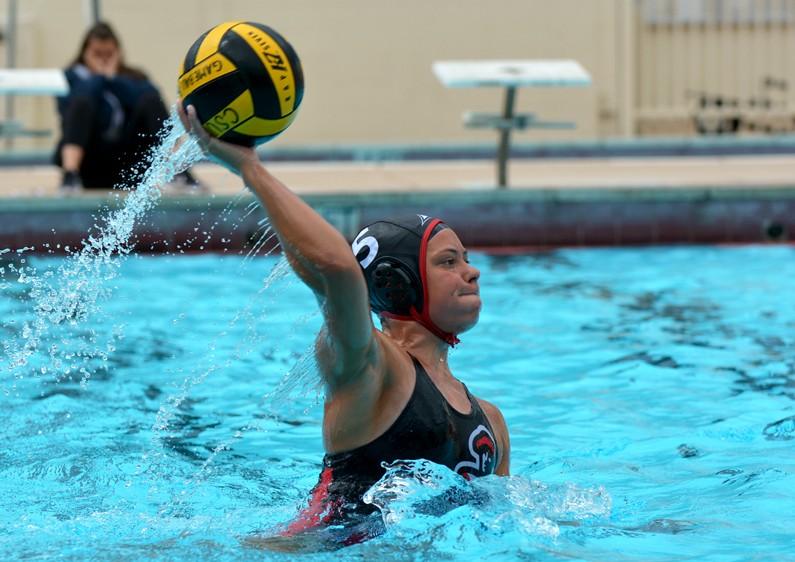 The No. 25 CSUN water polo couldn’t complete a late-game rally and fell 10-9 to the UC Davis Aggies.

The Aggies scored first when Hailey Wright netted the first goal of the match. With the same urgency that the Aggies scored, Amy Yule answered for the Matadors to tie the game at one all.

Netting the next two goals of the match, the Aggies went up 3-1 after a penalty shot from Carla Tocchini.

Leaning on leading-scorer Madeleine Sanchez, CSUN tied up the game up rather quickly netting two goals in under a minute with 1:23 left in the game to tie up the score 3-3. Along with key saves from Averall the Matadors ended the first tied.

Coming out for the second period, both sides seemed to focus on defense as neither team was able to score or get the ball past half court for most of the period.

By the end of the third, Matador McKenzie Pollei recorded a hat-trick in stifling fashion netting three goals in less than a minute to bring the score 6-4 in favor of the Matadors.

Entering the third period, the Aggies looked determined to make a comeback netting two quick goals Allyson Hansen to tie the game back up at 6 all.

After another Sanchez scored another goal and an Aggie response, the game was tied up once again at 7-7.

Heading into the fourth period everything was tied up until, the Aggies netted a goal with six minutes left in the period.

Minutes later they added the second goal of the period after a foul that resulted in a penalty shot for the Aggies giving them the advantage 9-7. After allowing one more goal the Matadors looked to turn the game in their favor.

Alexis Elias seemed determined to rally as she scored two goals in the last three minutes of the game to bring the score to 10-9.

Unfortunately, this was the closest the Matadors got as Senior Day ended with a loss, 10-9.

The Matadors hit the road for their final two games of the regular season, beginning with a match against UC Santa Barbara on Saturday, April 16 at 12 p.m.