Students vote during AS elections 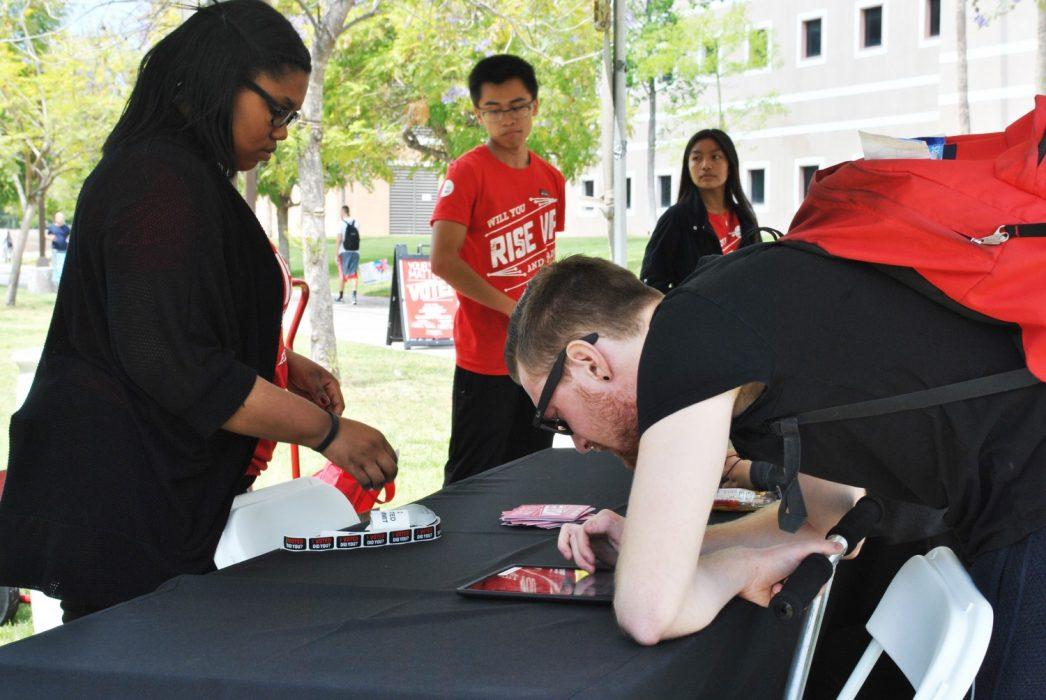 CSUN students placed their votes for the AS Elections on iPads and cellphones at the three voting stations around the campus. (Ashley Grant/ The Sundial) Photo credit: Ashley Grant

Students voted today in the different Associated Student Election booths set up around campus. In the second day of elections, members promote different outlets for students to vote which is online, in your email, or in person.

“It gets the community involved and to make changes they want to see,” said Lorena Cortez Associate Student street member.

In order to attract students to come to the booth, members gave out $5 dollars Mata Money gift card to get the first one hundred students who came to vote.

Cortex explained that students are busy between class so she suggest voting on the phone is better.

Student Ashley Bogdanich, kinesiology major said voting is a way for her to get involved on campus.

“To support students so we can have a better future,” Bogdanich said.

“I voted at home because it was easier access for me,” said Duncan.