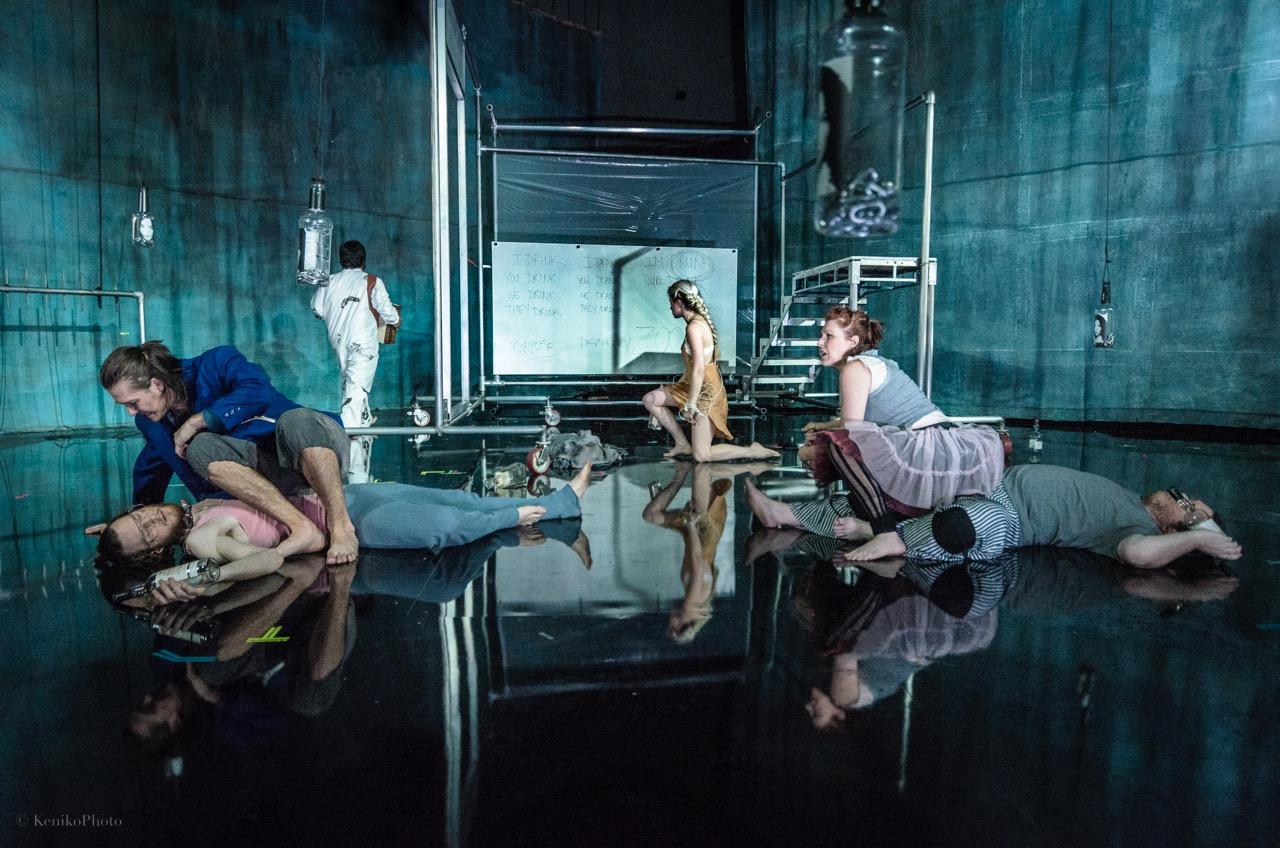 From actors sitting with the audience during plays to an actress sitting on students’ laps during her performance, The Weird Theatre Festival at CSUN showcases a collection of the most peculiar works from various playwrights into one interactive show at the Experimental Theatre of the Valley Performing Arts Center until Apr. 17.

CSUN students of the Advanced Directing course along with Larry Bierderman, Theatre professor at CSUN, have hand-selected short plays that would leave their audience pondering and forming their own strange interpretations of the odd pieces, according to Tay’Laur Paige, CSUN student director for WTF.

“We are trying to convey the message that art doesn’t need to have a meaning and that it doesn’t have to make sense to be art,” said Paige. “I think that we have conveyed that very well.”

The plays vary from 45 seconds to about 10 minutes each to collectively create a show that lasts about three hours and that are filled with laughter and audience engagement on a constant basis.

Harrison Seeley, CSUN student director for WTF, said that directing such weird shorts was an intense and invigorating learning experience.

“It was a lot of work and it was more work than I had ever expected,” said Seeley. “The show was originally four hours and we cut an hour off to present it to an audience. It was a feat for sure because nothing like this has ever been done at CSUN and nothing like his will ever be done again. It was a learning experience and if you don’t try, you’ll never do anything.”

The actors of the WTF festival stayed in character at all times, even during intermission. They fed off the energy of the viewers and that made the experience that much better, according to actress of the play and junior theatre student, Cynthia Johnson.

“We had the best audience and it feels awesome every time they react because we feed off that energy,” said Johnson. “We give our own interpretations of the meaning of the plays. The audience may take what they will and we love that. Our slogan is we make the art, you make the sense.”

Johnson said that in her own personal experience as an actor, she had a connection to her character. “My character in a short called ‘Soak’ is fighting to be a performer and I can draw from the need to be able to perform and noticed for the individual that I am,” said Johnson.

Maria Hendrickson, senior CSUN political science student, said that attending the play was a last minute decision but one that she will never regret or forget.

“I can honestly say that I have never experienced something like the WTF Festival at CSUN,” said Hendrickson, “Every single play had me thinking and made me create my own understanding of their art’s meaning and I think that was the theatre department’s goal tonight. They blew me away and I think students from all departments should come and experience this.”

For more information on WTF, visit their online website.