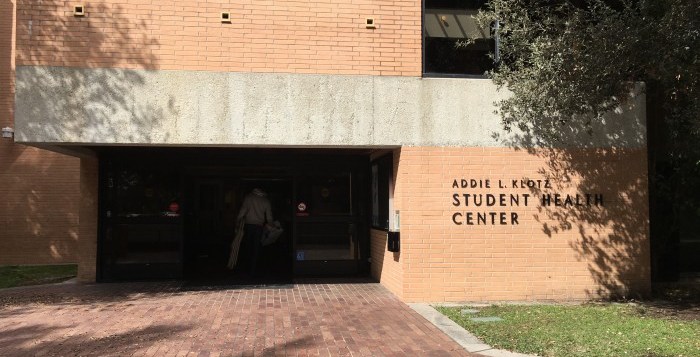 The entrance to the Klotz Student Health Center

Sexually transmitted diseases are passed on during any sexual activity when one person who is infected transfers it to their partner.

According to Center for Disease Control and Prevention, individuals from 15 to 24 years old make up over 25 percent of the sexually active.

If left untreated, STDs can have lasting effects. A number of STDs can prevent and have influence over a woman’s ability to become pregnant and can also lead to more serious long-term issues with the immune system and, in men, the testicles.

The Klotz Student Health Center offers HIV testing to students, who can get tested with a state-certified HIV counselor at any time. Testing can be administered with an appointment made in advance either by calling the center or using Klotz Health Center website.

Other STD testing services the health center offers include urine testing for chlamydia and gonorrhea, syphilis testing and herpes testing.

Depending on a student’s test results to one of the tests mentioned above, STD treatments for chlamydia, gonorrhea, syphilis and herpes are also offered. 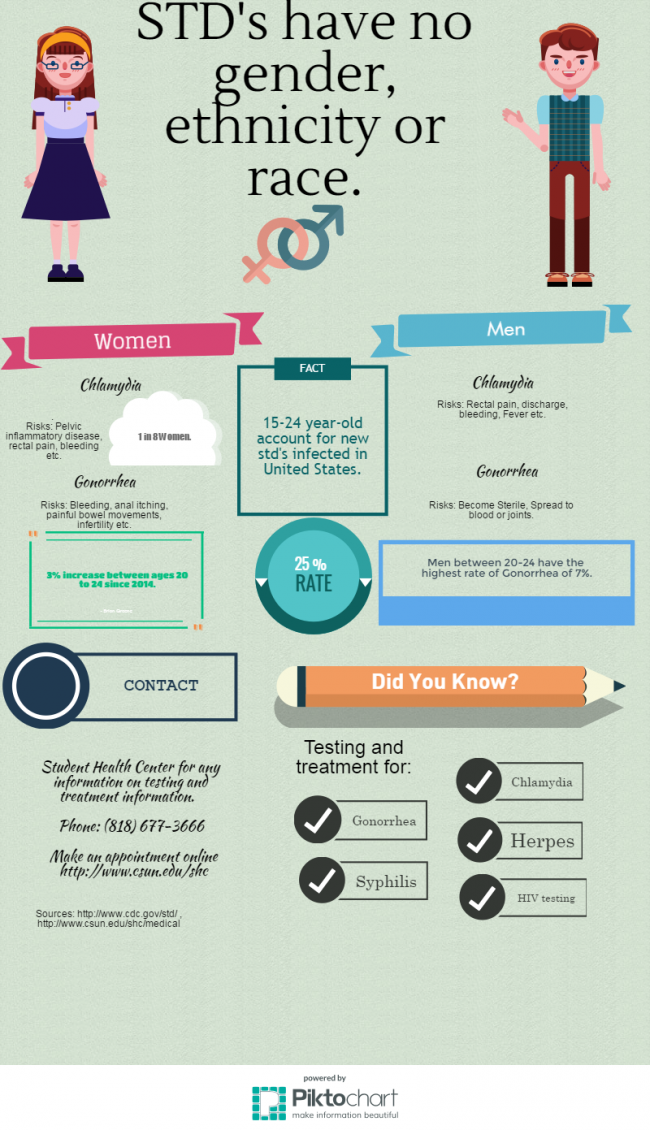 “Students need to be alert when they are going to have sex with someone because you can never tell who might give you an STD,” biology junior Jazmine Meneses said.

According to the CDC, one in four individuals from ages 13 to 24 are the ones being infected by the 20 million new sexually transmitted cases found each year.

The most common sexually transmitted diseases found in college students are chlamydia, gonorrhea and syphilis, according to CDC.

Chlamydia can infect both males and females. Students can get chlamydia by having any type of sex. Females who don’t seek treatment for this infection can suffer future damage to their reproductive system, making it hard for them to become pregnant.

“I think women run a higher risk of being infected by any sexually transmitted disease because many times women are afraid to get tested or seek help when something isn’t functioning right in their body,” Central American studies junior Flor Velasquez said.

Gonorrhea can infect both sexes and can also be transmitted by having any type of sex. If left untreated, it can lead to serious consequences like pelvic inflammatory disease and infertility in both women and men, according to the CDC.

Students who are sexually active are recommended to get regular testing performed and use condoms when having sex with multiple partners to lower the chances of getting any STD, according to the CDC.

History major and senior Bethany Rodriguez summed up the Klotz Center’s advice by saying, “If you are going to have sex try to be as safe as possible. It doesn’t matter if you’re a female or male, we both run the same risk of catching a disease if we don’t protect ourselves.”