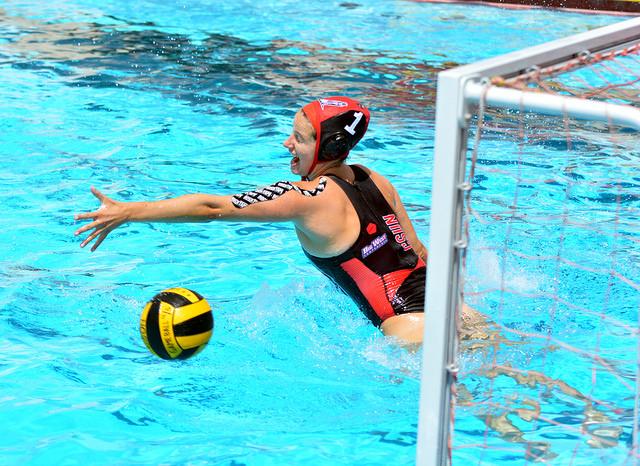 The Matadors held their own early in the game, on the road, against one of the toughest teams in the country, but the Gauchos were able to pull away in the third and fourth quarters to win the game.

CSUN held a 2-1 lead at the end of the first quarter, as a goal by sophomore attacker Madeleine Sanchez put the Matadors ahead early in the contest.

“I think we executed our offense structure well (compared) to their defense’s style,” Sanchez said. “We defended them really well and our goalie (sophomore Niki Van Vugt) made some really key blocks for us throughout the game.”

The Gauchos were able to tie the game fairly early in the second quarter, making the score 2-2. The teams would not score another goal in the quarter, and the score remained tied going into half time.

The offensive struggle would continue into the third quarter, as only one goal was scored, by UCSB. The goal would give them their first lead of the game at 3-2 heading into the last quarter.

“UCSB did a very good job at pressing early in (our) counter attack,” junior defender Alexis Elias said. “They made it difficult to get our front court offense set up.”

The Gauchos would score the first two goals of the final quarter, giving them the largest lead of the game at 6-3. CSUN would score a goal to cut the score to 6-4, but would not be able to close the gap any further as UCSB ended up winning the game for their third consecutive victory.

The loss for the Matadors was their fifth in a row.

“I liked the defensive intensity our team showed (today),” junior attacker Emily Fuller said. “(Going into the next game) I think we can improve upon our offensive communication and spacing.”

CSUN’s last regular season game will be a non-conference match on the road Saturday afternoon, against Loyola Marymount University. Following that they will begin Big West Conference Tournament play on April 29th.