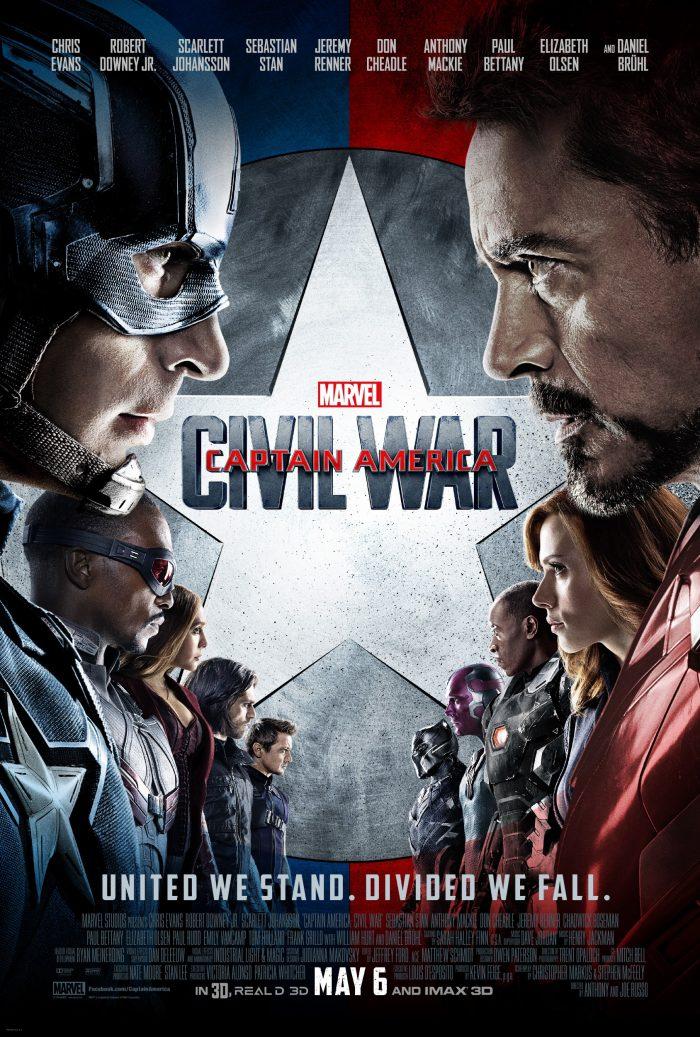 Marvel fans anticipating the release of “Captain America: Civil War” will soon be able to get in on the action.

Emily VanCamp, who plays Sharon Carter Agent 13, gave details about her role in the upcoming film in a recent conference call.

Although many of the Avenger heroes will be featured in the film, VanCamp explained the film will be focused mainly around Captain America (played by Chris Evans), Iron Man (played by Robert Downey Jr.) and their feud.

“When I first joined the universe … I fell in love with Sharon and her relationship with Cap [Captain America],” VanCamp said.

VanCamp made her first appearance as Agent 13 in Captain America: The Winter Soldier in April 2014. Yet she is also known for her roles in the ABC drama series “Brother’s and Sisters” and “Revenge.”

In this upcoming film, we see the relationship between Sharon Carter and Captain America deepen as she puts her job at stake by giving him secret information from the CIA.

“We really see her follow her heart rather than her head,” VanCamp said.

Marvel has been taking steps to become more diverse and is making an effort to incorporate more women in major roles, VanCamp explained. She feels honored as a girl from Port Perry, Canada to be able to be a part of these films and make a living by playing these roles with incredible casts.

“These characters are so much fun to play, but to know that in doing this it can potentially be empowering young girls is amazing,” VanCamp said.

CSUN senior Maria Pablo, majoring in Chicano studies and minoring in anthropology and gender and women’s studies, said women are constantly categorized to be seen oppressed within a society.

“As a woman, it empowers me to learn that more women within the film industry are given the opportunity to play important roles in films,” Pablo said.

Sophomore marketing major Katheryn Alarcon said it is great to see women taking on important roles instead of seeing men as the only potential heroes.

“I think in all these movies it’s usually a man saving the day and to see a woman play a part in that would be really cool,” Alarcon said.

This is VanCamp’s second time working with Joe and Anthony Russo, directors of “Captain America: The Winter Soldier” and “Captain America: Civil War.” She said that the brothers’ collaboration creates a powerful duo on these films.

“Not to put down any of the other films — which are amazing — but I just feel like this is kind of the biggest one and that’s kind of what Marvel does,” VanCamp said. “They never disappoint; so hopefully everyone loves it as much as I did.”

With this third Captain America film, Marvel fanatics will find themselves torn between the two lead roles.

When it comes to picking sides, VanCamp explained her struggle in selecting Captain America or Iron Man as both sides are evenly portrayed in the film. Ultimately, due to her relationship with her character and Captain America, VanCamp chose to side with the captain.

As CSUN students await the May 6, 2016 release, they begin to pick sides for the big screen battle between Captain America and Iron Man.

Pablo said she is all for team Iron Man, because she is a fan of the actor behind the suit.

Alarcon said she is team Iron Man all the way since she has seen all of the films and has yet to begin watching the Captain America movies.

Kinesiology, sophomore, Michael Cayton for team Iron Man said he is a fan of the Marvel movies and that he will be catching up on the previous Captain America films before the new one comes out.