Tattoo Tuesday: Flowers Worth Waiting For 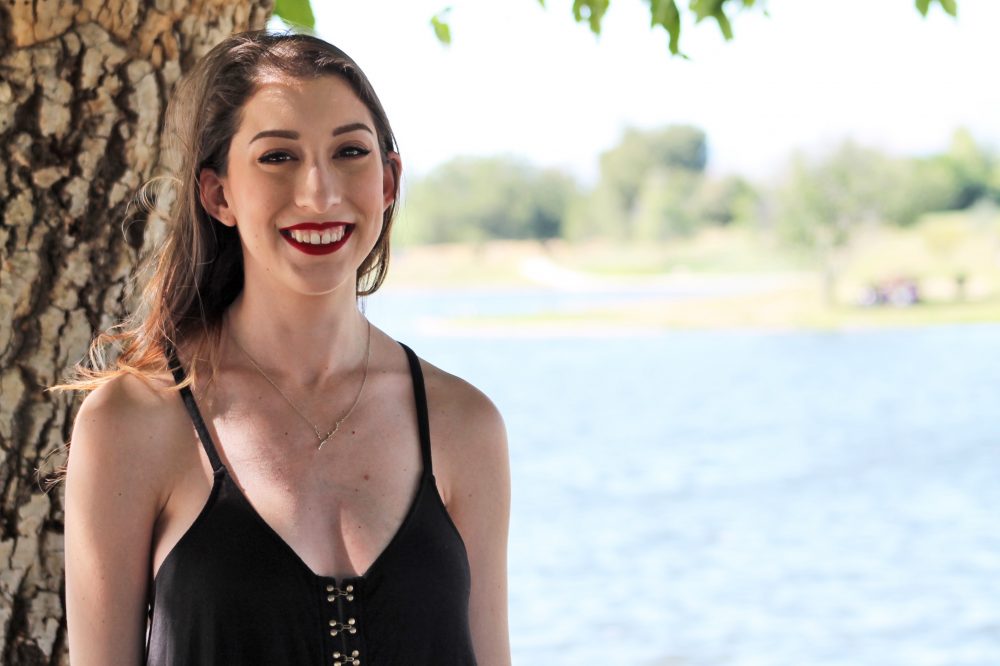 Carli LoCicero, is a 25-year-old alum from the Arts of California- Los Angeles. (Ashley Grant/ The Sundial)

Carli LoCicero, a 25-year-old Art Institute of California, Los Angeles alumni recently was able to get her large flower tattoo after anxiously waiting on an appointment list for five months.

On the top of her right thigh lay a bouquet of Chrysanthemums and Poppies made up of thick black lines, light shading and a pop of color.

“I just wanted something pretty and feminine. No deeper meaning,” LoCicero said. “I really love flowers and thought a grouping of flowers on my thigh would look beautiful and sexy.”

LoCicero traveled to Dolorosa Tattoo Co. located on Ventura Boulevard in Studio City to get tattooed by a favorite tattoo artist of hers named Chris Paez.

“He asked me what kind of flowers I liked the most and just took it from there. He is an astonishing artist, especially his line work and detail, so I knew no matter what he drew up it would be beautiful,” LoCicero said. “He’s so talented that I had to wait five months on a list to have my appointment, so when the time came, I let him take the wheel.”

Two and a half hours later, LoCicero walked out of the shop with her second large tattoo.

“The first five minutes are painful, but then you get into a zone,” LoCicero said.

“Everyone describes the sensation differently, which I think is so cool. I always say it’s sharp. That’s the best word for it, and it one hundred percent feels like you’re getting scratched by a needle.”

Although the feeling of the tattoo needle piercing the skin isn’t always the most easy to bare, LoCicero hasn’t let that stop her from continuing to get more artwork on her body.

For the time being, LoCicero is happy with the two she already has.

“I’m always open to the idea, but I’m pretty set for now,” LoCicero said. “It’s always a long process before I decide what I want and then finally get it. But I would love to do a matching tattoo or a couple’s tattoo with my fiancée some day.”

LoCicero plans to marry her fiancée Christopher next March.