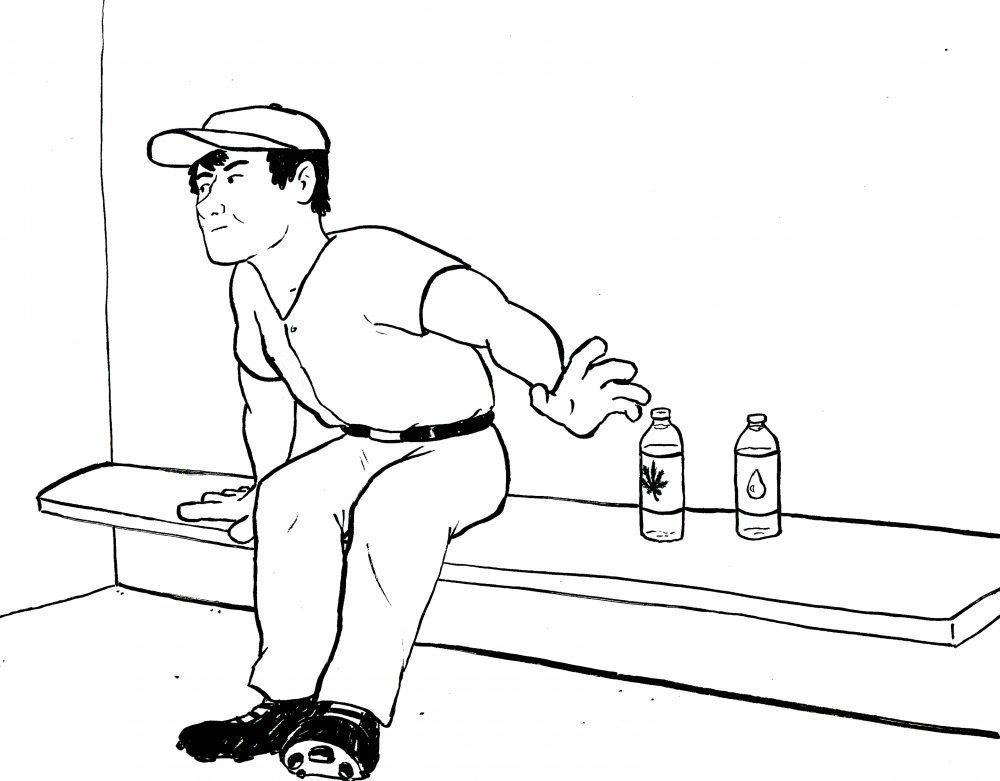 “[The] only effect I can think of that [marijuana] would have on an athlete, would be towards the lungs,” junior kinesiology major Lizardo Salazar said. “I don’t think there are any advantages to smoking weed, but as for disadvantages, again the only one that comes in mind is the shortness of breath.”

An ESPN study shows that marijuana does more harm to athletes than good while offering no competitive advantage. The study found that marijuana has no performance enhancing potential and instead negatively affects hand-eye coordination, reaction time, coordination, concentration and the ability to reach exercise peek.

“When I was in high school, the people who did use marijuana appeared to be lazier. They ate more and were a lot slower,” said Alexis Alcantar, junior apparel merchandising major. “The weed held them back physically and because of this, they were probably unable to live up to their potential as an athlete.”

In 2014, the NCAA reduced the standards on marijuana and instituted a plan of rehabilitation instead of handing down suspensions.

The NCAA has their own definition of whether they consider marijuana a performance enhancer.

“Street drugs are not performance enhancing in nature, and this change will encourage schools to provide student-athletes the necessary rehabilitation,” according to a 2014 press release by NCAA Associate Director of Public and Media Relations Michelle Brutlag Hosick.

According to an article from Business Insider and a corresponding article by Men’s Journal, they found that endurance athletes felt weed helped them train because it relaxed them.

The Men’s Journal article found that if there was a performance-enhancing aspect to marijuana, it was that it relaxed the athlete and allowed them to focus on their task, rather than letting their nerves get the best of them.

“I think marijuana affects physical activity, but only to a degree depending on the type of athlete that is consuming the weed,” said undecided sophomore Jose G., who did not want to give his last name. “I found that marijuana did impair my physical capacity. I felt that it took me longer to rest and that I was probably not getting the most out of my body.”

Notable athletes, such as UFC fighter Nick Diaz and Canadian snowboarder Ross Rebagliati, have, in the public eye, considered marijuana to be a great training tool. Some of the commonly associated benefits of marijuana include decreasing anxiety and helping muscle spasms while also helping one’s metabolism.

Although it has been long thought that marijuana is not a performance enhancer, it can help people deal with stress. Marijuana won’t make you run faster or train harder, but it can make you more relaxed in mind and body.