2-car crash on Zelzah, Plummer results in no injuries 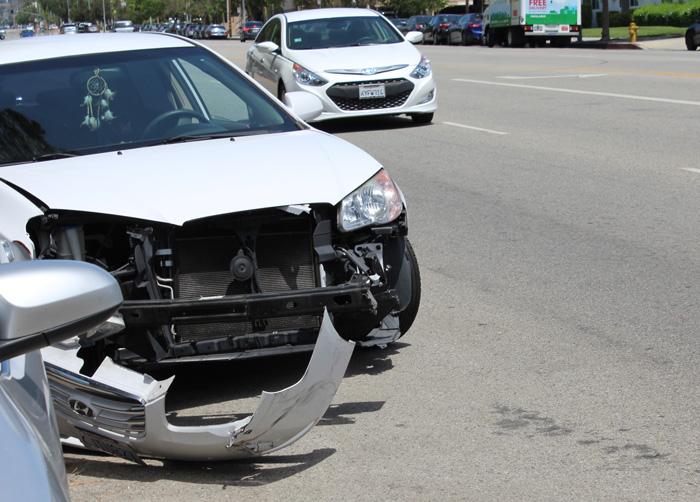 Zelzah and Plummer was the scene of a two-car car accident today. A white Hyundai Elantra and gray Scion TC were involved. Photo credit: James Fike

A white Hyundai Elantra was struck by a gray Scion TC right before the intersection of Zelzah Avenue and Plummer Street.

The Elantra pulled out of a parking spot on Zelzah Avenue around 12:20 p.m. when the collision occurred.

The Scion, hit the Elantra and tore off the front bumper. There was damage on the Scion TC’s passenger side door.

According to Edith Ramirez, the passenger in the Hyundai Elantra, the driver and her did not see the Scion when they pulled out.

Both drivers were able to move the cars out of the road following the accident. A police officer was immediately on the scene.

No one involved in the accident was injured, according to police. The police officer coordinated the swap of insurance and information.