Defendant to plead not guilty in double-homicide of CSUN student, friend 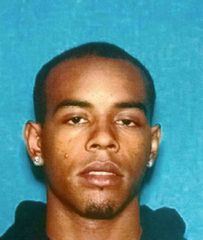 The man accused of the murders of Jerred Scott and CSUN student Emily Fox will contest the charges brought before him in court this June.

A plea of not guilty was entered by the court Thursday on behalf of the defendant, Brian Gonzales, despite his attorney’s request to delay the proceedings. Defense Attorney Alan G. Karow said he had only just received evidence from the discovery process the morning of the arraignment.

Gonzales and his defense team are scheduled to appear for a preliminary hearing scheduled for June 13.

“There’s never enough time for anything in this world,” Karow said. “But we will do the best we can for Brian.”

Deputy District Attorney Sharon Ransom said it has taken an abnormally long time for either side to receive evidence on this case. She said she sympathized with Karow’s request for more time.

“It’s a serious case, and there’s still more [investigation] that needs to be done,” Ransom said.

According to prosecutors, an alleged confrontation occurred in January between the suspect and the victims in the hallway of Fox’s apartment. Police reports state Scott attempted to run from the encounter while Fox dialed 911.

Gonzales was able to catch Scott and coerce him back to Fox’s residence. First responders from the L.A. Fire Department discovered the bodies of the two victims inside the apartment after they had suffered fatal gunshot wounds.

*This story was updated April 22, 2016 at 11 a.m. An earlier version of this story incorrectly stated Sharon Ransom was the District Attorney.