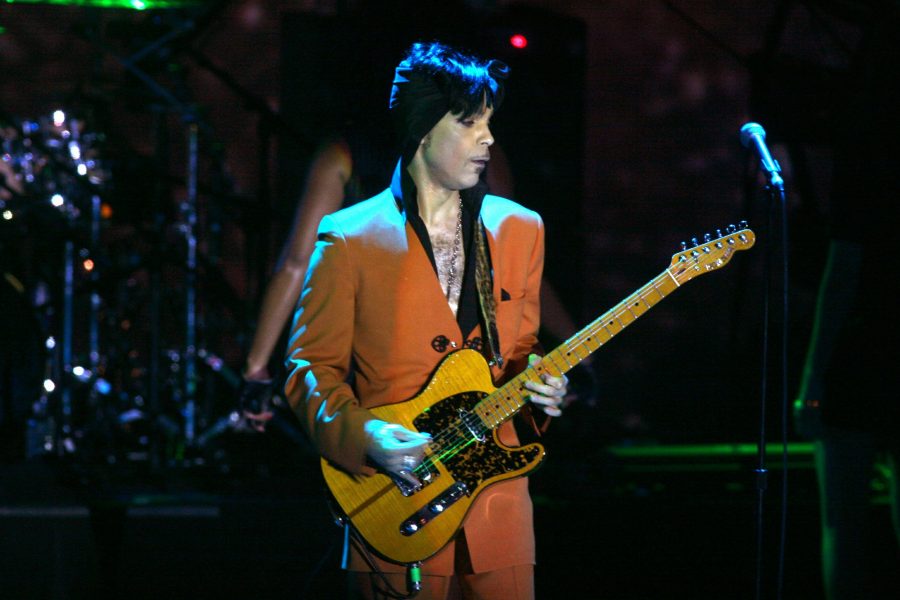 Prince performs at the Nokia Theater in New York in 2006. The musician died in his home recording studio in Chanhassen, Minn., on Thursday, April 21, 2016. He was 57. (Noa Daniel/Zuma Press/TNS)

The artist formally known as Prince died Thursday in his home in Chanhassen, Minnesota. He was 57.

Prince Rogers Nelson was born in Minneapolis, Minnesota, in 1958.

Nelson won seven Grammys and earned 30 nominations, according to CNN. He even received an Oscar for his work in the movie, “Purple Rain.”

According to A.P., Nelson was inducted into the Rock and Roll Hall of Fame in 2014.

Prince will be remembered as the pioneer of, “The Minneapolis Sound,” according to CNN. The musician was still touring up into the time of his death, so in honor of this music icon, here are some of his biggest hits, according to Billboard.com.

Here are a few of Prince’s memorable performances.