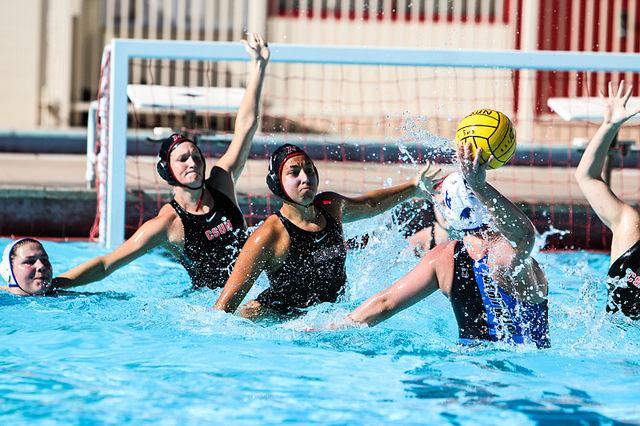 In their 2015 home opener, the Matadors extended their win streak to three over the No.20 Hartwick Hawks. CSUN won 11-6.

This gets the Matadors back on the winning side of things as they dropped the previous five games before their matchup against the Lions on Saturday afternoon.

Three minutes into the 1st period, the Lions struck first by netting the game’s first goal.

After an offensive turnover by the Lions, junior McKenzie Pollei tied the game at 1, registering the Matadors first goal of the game.

In the second period, the scoring picked up as both teams were able to score two quick goals a piece before the four minute mark, knotting the game up 3-3.

It wasn’t until sophomore Amy Yule scored on a power play that gave the Matadors the lead for the first time in the game at the 3:35 mark in the 2nd period. Right before halftime, junior Alexis Elias scored another goal to give Matadors the lead, 5-3.

The halftime talks proved to pump up the players, especially LMU as they came out and netted a goal within the first minute of the third period bringing the score 5-4.

Sophomore Madeleine Sanchez came into Saturday’s contest just two goals away from breaking 70 on the season, a feat that has only been reached by three other Matadors in a single season.

With the imminent threat of a Lion rally, Sanchez put the team on her back scoring back-to-back goals within a minute and a half of each other making the score 7-4 for the Matadors.

The Lions scored a late goal with 30 seconds left in the third period to make the score 7-5.

In the fourth period, LMU seemed determined, netting another goal within the first 30 seconds bringing the Lions within one of the Matadors.

This was the closest the Lions would get as Yule and sophomore Katelyn Fairchild both registered goals in the last period.

The Lions were able to score one more goal in the game’s final minute of play ending at 9-7 in favor of the Matadors.

With the three goals that Madeleine Sanchez scored, she broke the 70 goal mark for the season, bringing her total to 71.

Avenging the loss to the first meeting of the season and snapping their five-game losing streak with this win, the No. 25 Matadors (11-19) head into post season play on March 2 against UCSB.