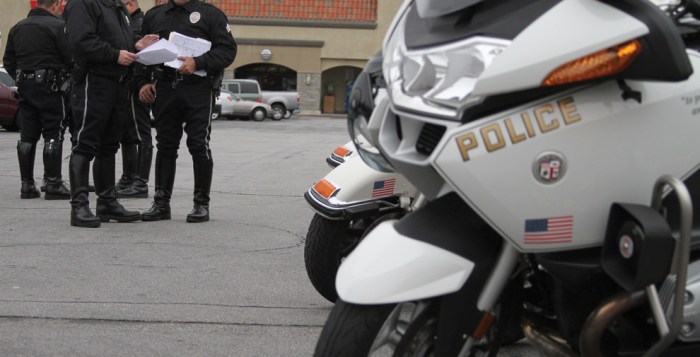 Three CSUN officers and their union have filed a lawsuit against the California State University Board of Trustees and CSUN Department of Police Services. The officers allege they were disciplined for not meeting parking ticket quotas.

Anne P. Glavin, chief of police at CSUN, is named in the complaint.

A statement released by the CSU said they had not been served with the lawsuit and deny CSUN has imposed ticket-writing quotas on its police officers.

“That allegation is simply untrue, as CSU has advised the union several times,” Laurie Weidner, assistant vice chancellor of public affairs, wrote in a statement released by the CSU. “In fact, the officers have all had very successful careers at CSUN.”

The plaintiffs claim the discipline imposed against them was in retaliation for their refusal to enforce an illegal parking citation quota of at least 10 parking citations per officer per month.

“All students, faculty, staff and the general public who park their vehicles at this campus have potentially been victimized by this illegal policy,” according to a release sent by the the Statewide University Police Association.

The CSU received a letter from the officers in November 2015 asking the quota demands be discontinued, the suit states. The CSU denied the existence of the quota policy.

The suit seeks damages for the discipline imposed against the officers for their refusal to follow illegal policies. The suit asks the court to stop the quota system enforced and created by CSUN PD.

The three officers believe written comments were placed in personnel files in retaliation for the officers not following orders issued by CSUN PD.

“Not only is this activity illegal, it is also morally and ethically wrong,” Jeffrey Solomon, the SUPA president, said in a release.