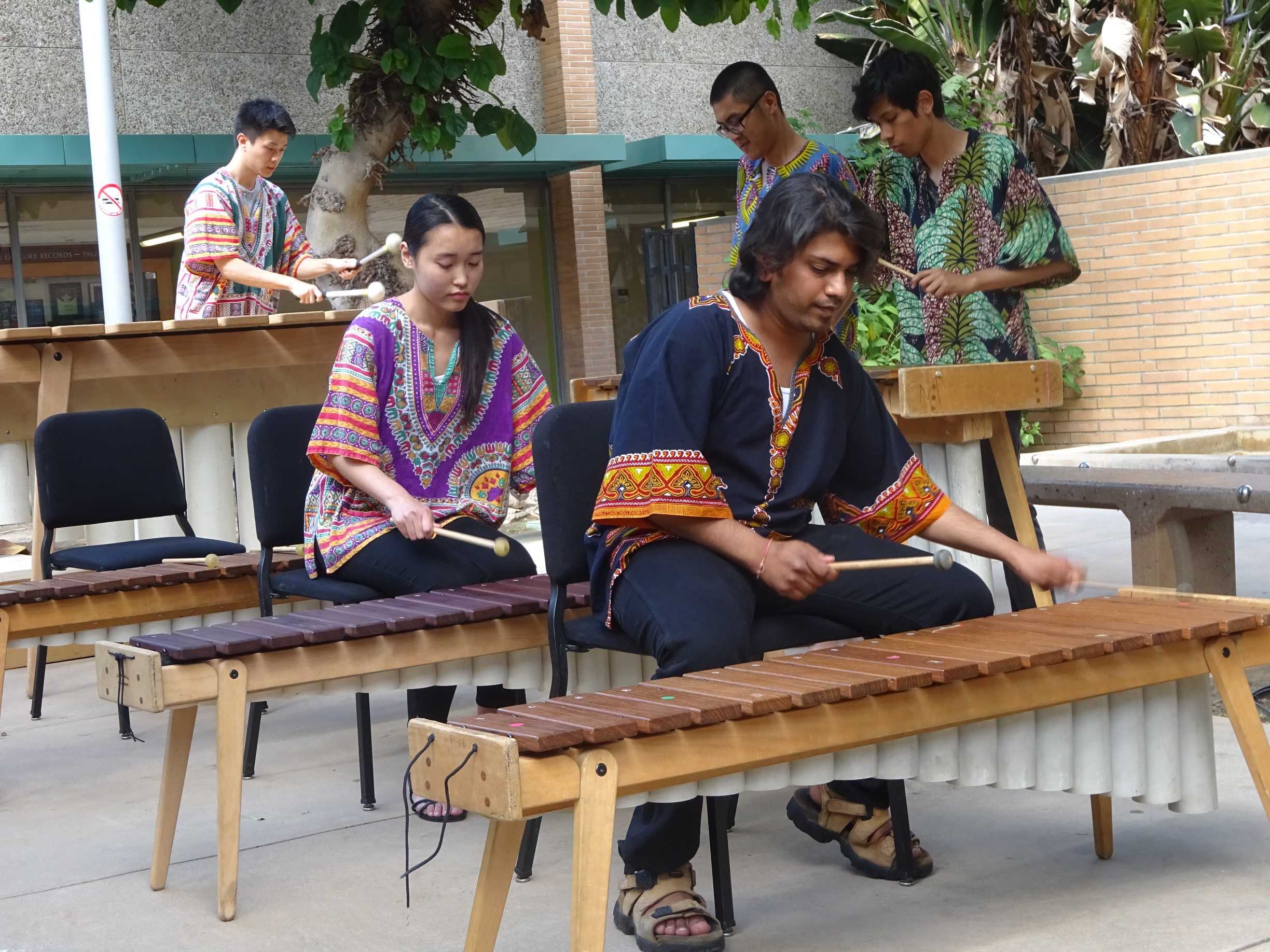 The students of the music education program spent the spring semester learning the history, musical and physical exercises that go along with performing a Japanese Taiko, which were a collection of percussion pieces.

During the Japanese Taiko ensemble, the concentrated performers banged loudly on drums causing vibrations through the Recital Hall.

Jordan Garcia, a musician, attends multiple shows throughout the valley in search of talent.

“The performers were so passionate and involved in the culture. I admire that drive,” Garcia said. “I mean, my heart was pounding and the music was running through my body. It was incredible and I didn’t expect to learn so much. This performance has definitely made me want to explore different cultures musically to gain my own inspiration.”

The performance was taken outside the Recital Hall were the students had placed chairs in front of their Shona-style marimbas from Zimbabwe and traditional Ewe drums from Ghana for second part of the show. The audience gathered around the performers while Ric Alviso, professor of world music and director of the African music ensemble, encouraged the audience to sing along with the students.

“I was on my way home from studying and heard really happy music,” Cordova said. “I literally stopped and stayed throughout the rest of the show. I was having a bad day and the music just lifted my spirits. A performer then mentioned that the happy music is played during African funerals, which was interesting to learn.”

The African ensemble went back inside the Recital Hall and the performers grabbed people from the audience to join their traditional dances and to interact with the viewers.

Bethany Spielman, performer of the African ensembles and senior of the music education program, felt the energy in the room during her performance.

“I felt energetic. Then exhausted and then really happy. It was a work out but I felt really fulfilled because it makes me really happy to perform music like this and that makes me really proud,” Spielman said. “It was a great experience for me to share with other people because the music itself is about sharing and people need to see stuff like this performed.”