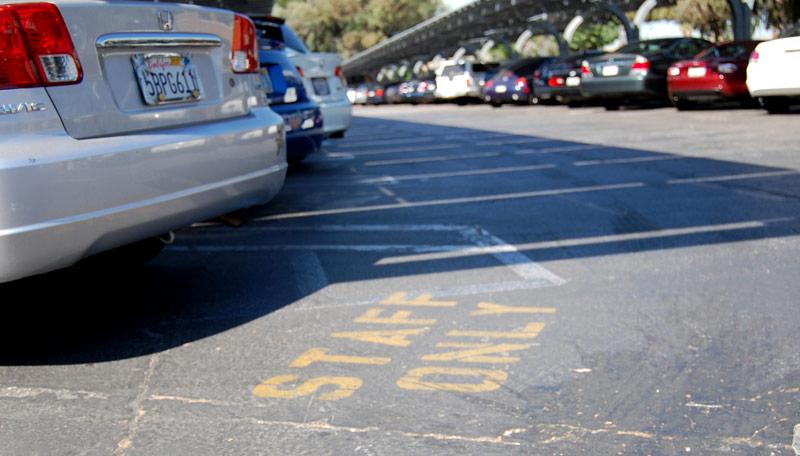 Parking tickets are moneymakers for the California State University system and campus officers shouldn’t have to meet a ticket-writing quota, according to campus police unions.

SUPA filed a lawsuit on behalf of three CSUN officers, alleging the school enforced illegal parking citation quotas for officers. The California State University and CSUN Department of Police Services have not been served the lawsuit but are aware of it, according to Kevin Flautt, attorney for the plaintiffs.

The university intends to defend itself against the lawsuit, according to a news release from the CSU.

According to the CSUN Police Department 2014 Annual Report, 21,034 parking citations were issued on campus. The amount of money the university collected in parking tickets is more than $1,010,000,* according to data in the report.

“What is ironic about this is they [CSUN] have a parking enforcement edition,” Solomon said. “You have the cops away from patrol looking for bad people to go write parking tickets.”

He said CSUN is one of the few CSUs that have separate enforcement officers. Officer duties include walking through the parking lots checking for vehicles parked illegally for citations.

“If you read the complaint, they [CSUN] have their officers go out on foot and have to spend about an hour in parking enforcement,” he said. “It’s ridiculous.”

He said enforcing quotas on officers to write citations creates dishonesty and problems.

Solomon has worked 12 years at California State University, Sacramento, and said he has written an average of about one ticket a year during his career.

“Those were all extreme things — red zones, handicap violations or double parking in traffic, where it can be a hazard,” he said. “That is what the police department does.”

The suit alleges that officers who failed to meet the ticket quota of 10 parking citations per month lost promotions, advancement opportunities and special assignments.

According to California law, ticket quotas are illegal and they are against CSU internal policy.

Growing Disapproval of the Chief of Police

“This has been a long-standing problem with this chief,” Solomon said. “Amongst this, she is probably the highest amounts of grievance.”

According to SUPA’s annual police leadership evaluation survey, CSUN’s police chief has the lowest approval ratings across the 23 CSU campuses. Glavin received a score of 1.15 out of a possible 5, according to the survey.

In the categories of integrity, concern and accountability, Glavin received a 1.00, according to the survey.

Glavin did not wish to comment on the survey results.

“The majority of the department, everybody that was there voted and wanted her removed,” Solomon said. Comments from the survey support this notion.

The chart is a breakdown of the number of citations written annually, according to the CSUN Police Department Annual Report.