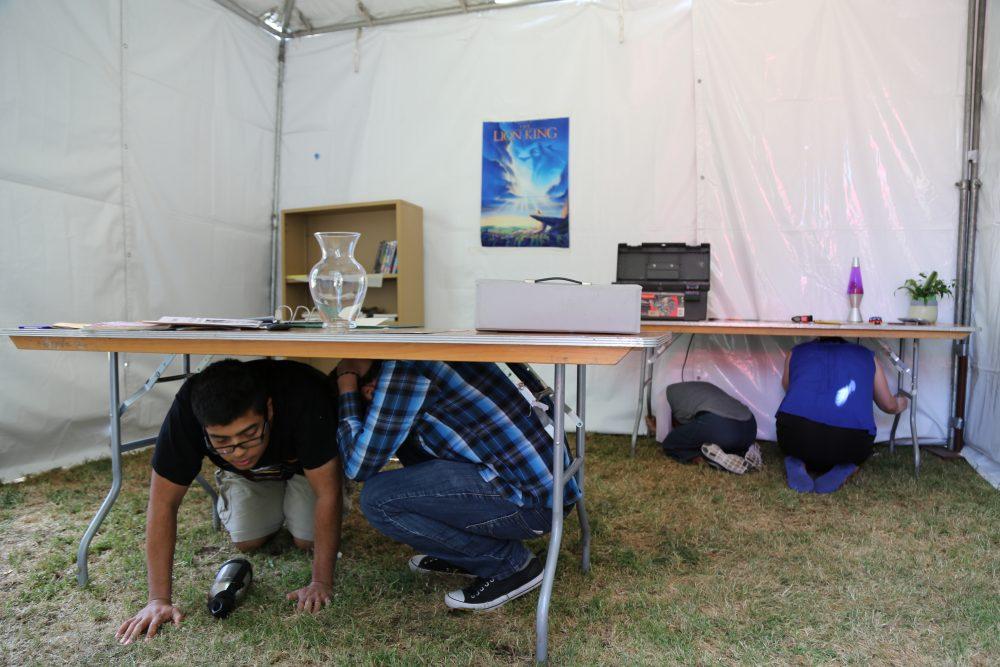 In 1994, Northridge suffered an earthquake with a 6.7 magnitude. Given the lack of recent earthquakes, it would seem Northridge is due for a tremor, which leaves some individuals on edge.

The main attraction of the event featured a live-action escape room, which simulates an earthquake through the use of sounds, Jenny Novak said. Novak is one of the leaders of the event.

This room requires people who are participating to solve puzzles related to earthquake preparedness. Courtney Van Zanten, a CSUN sophomore, said she feels more prepared after participating in the activity.

Madelyn Teague, a sophomore, said it was an adrenaline rush to participate in the event. She said the piece of advice she would pass on to students is for them to take cover.

Van Zanten’s advised individuals to, “drop, cover and hold on,” during a quake.

Teague said this event would help people, find out different ways to prepare yourself for an earthquake.

Students from Geology 104 will present their projects, according to Novak.

All students received neon pink snap bracelets. The bracelets feature the seismograph reading from the 1994 quake. Some other prizes will include portable first aid kits and water bottles that read, “Shake Out,” on them.