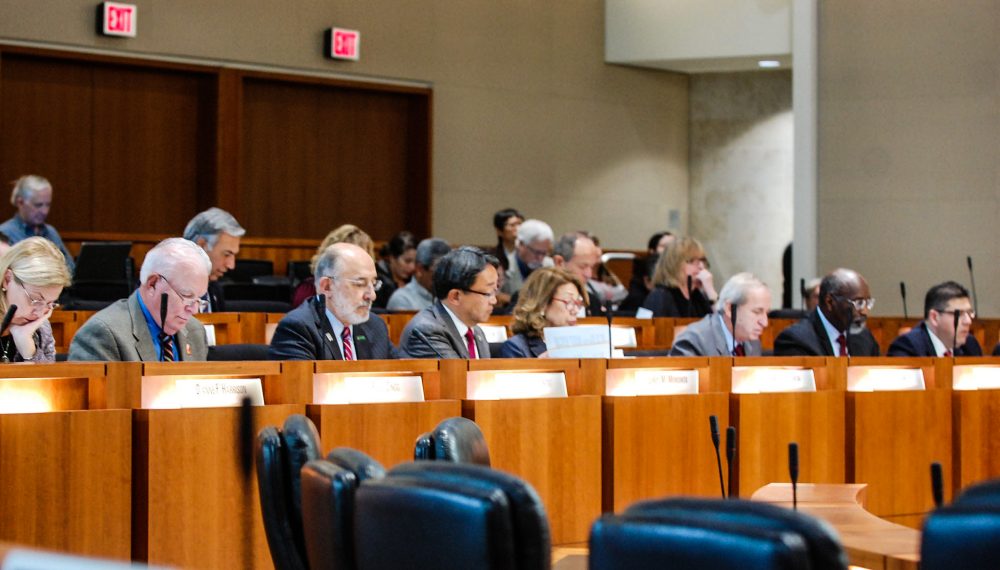 The board of trustees consists of presidents of the 23 CSU campuses. (File Photo Nov. 2014/The Sundial Photo/ Manny D. Araujo)

Professors, lecturers, coaches, counselors and librarians will have until Friday to vote on the new tentative salary agreement that averted a strike on 23 California State Universities, earlier this month.

The updated agreement distributes a 10.5 percent salary increase over three years and improves compensation dividends for faculty that move up in their departments. It also extends the union’s current contract with the CSU by one year, and advances negotiations for the next collective bargaining agreement.

If the CFA’s members vote to accept the compensation arrangement, then it will have to be approved by the CSU’s Board of Trustees. The CSU’s Board will take a separate ratification vote on May 24 and 25. If all parties authorize the tentative agreement it will come into effect immediately.

The current arrangement will expire on June 30, 2018. The CFA and the CSU Board of Trustees will return to the bargaining table July 2017 to discuss plans beyond that date.

*This story was updated April 29, 2016 at 11 a.m. An earlier version of this story incorrectly indicated that the CSU Board of Trustees would return to the bargaining table July 2016.