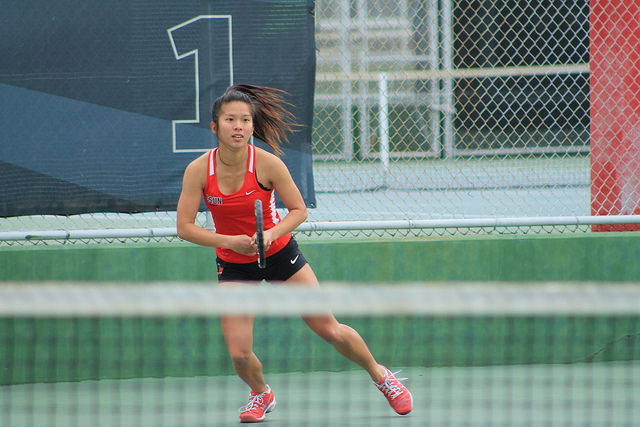 The CSUN softball team fell to the UC Santa Barbara Gauchos on Friday, 4-1, in the semifinals of the Big West Championship.

Unlike their first round upset of the CSU Fullerton Titans, the Matadors were ineffective in doubles play, dropping both matches by scores of 6-3 and 6-4, with the last one not needing to be finished.

Furthermore, they weren’t to turn things around in singles play, where two matches weren’t needed to be finished, as UCSB captured three out of the first four matches that finished.

However, CSUN sophomore Kiryang Kim earned her seventh win in her last 10 matches, by sweeping the Gauchos’ Amanda Atanasson in straight sets.

Unfortunately for the Matadors, UCSB had little trouble in the next two matches, as juniors Mari Taslagyan and Vivian Lin were beaten in straight sets, giving the Gauchos enough points to end the day with a 4-1 win.

The loss ended CSUN’s season, giving them a 10-13 record overall and 3-5 in conference play.

Looking ahead, the Matadors return all but three players, including junior Kristen Poei, Kim, Taslagyan, Lin and Hsu.