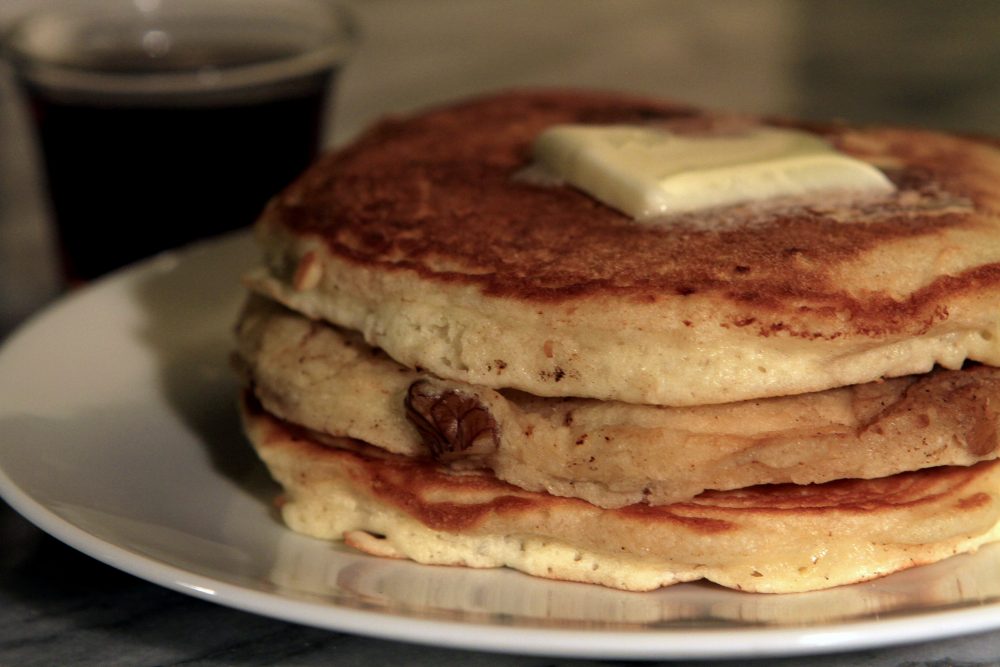 The Pancake and Booze Art show in Los Angeles is more than just pancakes and booze. It's the largest underground artist showcase in the country. Experience it all this Friday at LOT 613. (Glenn Koenig/Los Angeles Times/MCT)

Tattooing is an art form. The traditional style of tattoos are ubiquitous, found on the chests of leather-clad bikers to the forearms of Echo Park hipsters. Celebrate the iconography of traditional tattoos on Monday at a pop-exhibit at the La Luz de Jesus Gallery, inspired by collections of tattoo artist Jonathan Shaw.

Celebrate the 55th anniversary of one of the best rom-coms and most beloved films of all time. Based on a Truman Capote novella, “Breakfast at Tiffany’s” (1961) stars Audrey Hepburn as a New York socialite pitting her own independence against potential romance. Wife and daughter of the film’s composer, Henry Mancini, as well as Los Angeles Film Critics Association President Ryan Farber will be present for a Q & A session before the screening. Purchase tickets through laemmle.com.

Long gone are the days of Mika Miko and No Age. Though The Smell has been dominated lackluster talent lately, every once in a while the venue will host bands worth the price of a $10 ticket. The band worth seeing this time is Surf Curse, from Reno who understand of summer by the beach despite Nevada being a landlocked state. Slow Hollows and Hana Vu open up the show. Advance tickets are available for purchase at thesmell.org.

No food and beverage pairing was more meant for each other than pancakes and booze. Like, whoever came up with this combination was seriously willing to test the emotional and mental capacities of humankind. You can feel a little more intellectual because it’s an art show too, and with more than 125 emerging artists showcased, it’s one of the largest exhibitions in the country.

Move over, Orson Welles. Leonardo DiCaprio had one of the best performances of a film adaptation of Shakespearean play of all time. Street Food Cinema honors the 20th anniversary of “Romeo + Juliet” at Exposition Park this Saturday. With live music and food trucks, celebrate one of the many films Leo DiCaprio did not win an Academy Award for. Buy tickets at streetfoodcinema.com.

Sunday, May 8-On Campus

For four performances only starting May 6, see Dreamgirls in the VPAC. The six-time Tony award-winning musical highlights the success of several Motown R&B acts, such as The Supremes, James Brown and The Shirelles. Who can forget the 2006 film adaptation starring Beyonce and Jennifer Hudson going head-to-head in the epic diva battle showdown? Contact the VPAC ticket office for showtimes and CSUN student discounts.

This isn’t an event you need a ticket for. Just a telescope and solar filter. On Monday, the planet Mercury will pass across the face of the Sun for the first time since 2006. From the west coast, we’ll only be able to be able to see a part of the transit. In Los Angeles, it will be most visible around 8 a.m. though its course across the sun will take about 5-7 hours. Even if you can’t see it with the naked eye, know that fascinating things happen in space all the time and our intergalactic possibilities are endless. And remember, don’t stare directly into the sun.