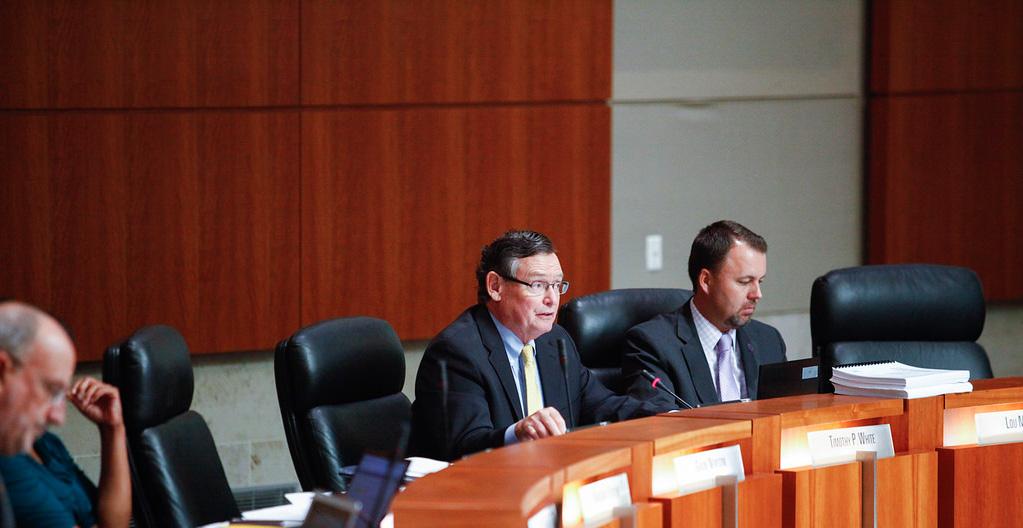 Members of the California Faculty Association ratified a tentative salary deal Tuesday that will raise their salaries by at least 10.5 percent between now and the end of the 2017–2018 academic year.

The update of the CFA’s agreement with the California State University administration had been unanimously recommended by the union’s bargaining team before voting opened to faculty on April 12. Nearly two-thirds of the CFA’s 26,000 members participated in the vote. Ninety-seven percent of those who took part were in favor of the deal. It now must pass the CSU’s Board of Trustees and be approved when they vote, May 24 and 25.

The prospective agreement would give professors, lecturers, coaches, counselors and librarians a five percent raise on June 30 and a two percent raise on July 1, 2016. Another 3.5 percent general salary increase is scheduled for July 2017, and then an additional 2.65 percent Service Salary Increase will be distributed to eligible faculty in 2018.

Additionally, the deal will raise the minimum raise tenure-track faculty will get when they receive promotions. It will also double the vesting period for collecting retiree benefits for employees hired after July 1, 2017, from five to 10 years.

A salary calculator is available on the CFA website for faculty to determine what their salary would be under the proposed tentative agreement.

The salary agreement prevented what CFA President Jennifer Eagan called “the biggest strike that never happened,” when the agreement was announced via telephone conference on April 8. The previous impasse between the CFA and CSU administrators threatened to close 23 campuses, hosting 460,000 students.

Faculty at CSU campuses had endured years of wage stagnation; their salaries are generally lower what is offered at other institutions for comparable positions.

“This agreement is an important step toward normalizing salaries for public state university faculty,” Eagan said in a statement released Tuesday.

Administrators had warned that raising faculty salaries by more than two percent would jeopardize critical services and maintenance projects at the CSU campuses. However, Chancellor Timothy White said that the tentative agreement allows the CSU administration to stay within budget by spreading raises out over several years. White added that administrators and faculty can now “focus our efforts on serving students.”

However, White explained that both sides will need to look beyond the tentative agreement’s 2018 expiration to ensure the CSU can continue to “retain top academic talent … and provide California with high quality graduates.”

The CFA and the CSU Board of Trustees will return to the bargaining table July 2017 to discuss plans further into the future.