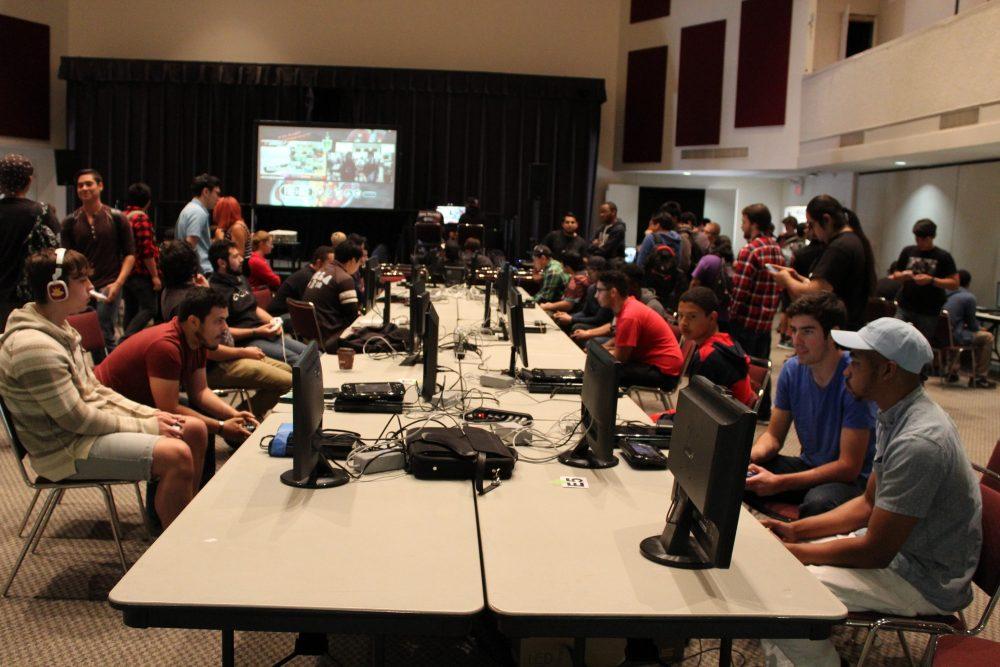 CSUN anime club hosted a Super Smash Bros. tournament this at the Northridge Center on May 1. Photo by Nicholas Thompson.

Competitors from CSUN and the community participated in tournaments for Super Smash Bros. for Wii U, Street Fighter V, and Magic: The Gathering.

The CSUN Anime Club hosted the first Frame Perfect gaming tournament at the Northridge Center May 1.

The entire event was cast live by a rotating roster of commentators and was broadcast live on Twitch.tv for those who could not make the event.

The first tournament of the day was Super Smash Bros. in which more than 80 competitors battled in a bracket style league to take home the $450 first-place prize.

The tournament saw multiple upset victories but at the end of the tournament, on of the favorites to win, Dustin “Zenyou” Rice, using Mario, defeated Eric “Tyrant” Legesse, using Diddy Kong in a match that went to the 5th round of a best of five.

The second tournament was “Magic: The Gathering” in which a bizarre ending occurred when four separate players held a tie for first place at the end of five rounds.

Instead of going into a playoff scenario for winner takes all, the four competitors, Ricardo Nunez Jr., Eric Rubio, Matthew Davidson, and Christian Becerra, decided to split the $1,000 prize four ways, each taking home $200 dollars.

Between the MTG tournament and the Street Fighter V tournament there was a MTG Game Day event for the new release of cards, Shadows Over Inistrad, in which the top eight players took home rare cards from the new set.

Closing the event was the Street Fighter V tournament in which 32 players fought for the chance at a $200 first place prize.

The finals of the tournament showcased the dominant performance by Jesse “Commander Jesse” Espinoza in which he won back to back matches against Francisco “Hellfyre” Huang, winning the first game sweeping the best of five going 3-0 and then winning the finals 3-1 over Huang.

Chairman of Frame Perfect and President of the CSUN Anime Club, Gerard Pallones, aims to make Frame Perfect an annual event for gamers on campus to come and test their gaming ability against their peers in a fun, yet competitive environment. 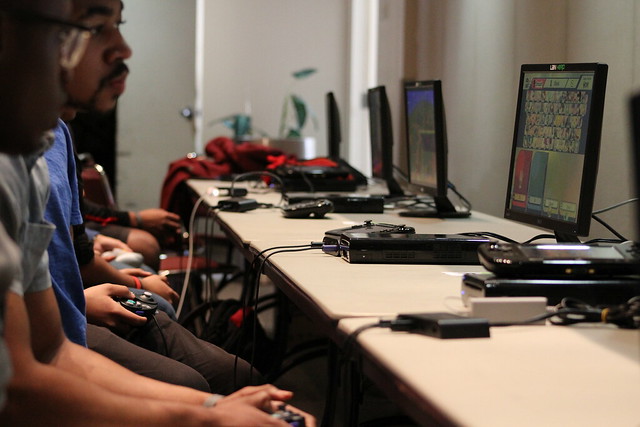