Tattoo Tuesday: Only Tattoos with Meaning 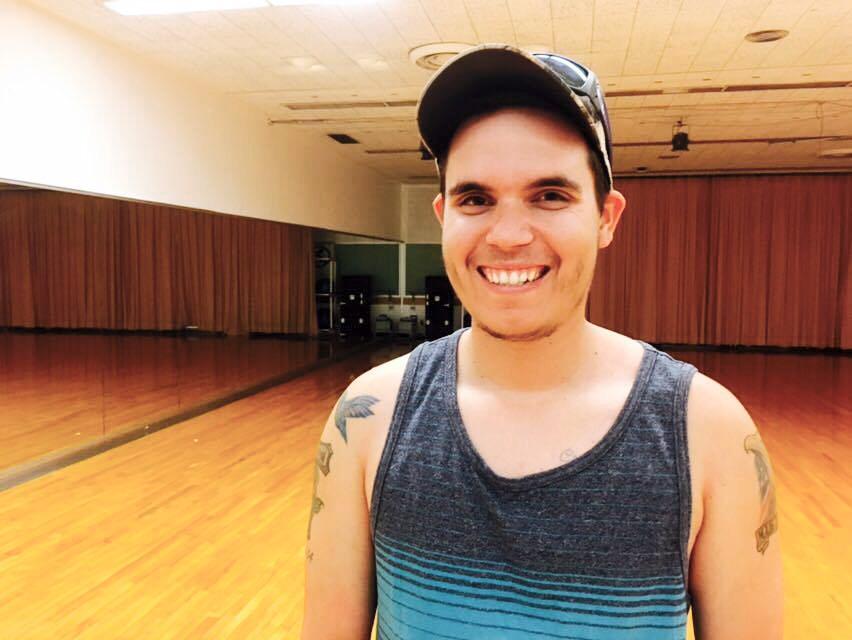 Greg Triana, 21, is a kinesiology major, with an emphasis in athletic training, that prides himself on only getting tattoos that hold a meaning. (Ashley Grant/ The Sundial) Photo credit: Ashley Grant

Greg Triana, 21, a kinesiology major with an emphasis in athletic training, believes that all his tattoos must hold a deeper meaning or there is no reason in getting them.

Growing up, Triana never imagined getting tattoos and often found himself commenting on his friends’ ink, but when he reached adulthood that all changed.

In Triana’s first ink session he got two tattoos on his chest, directly over his heart.

“I got my first tattoos when I was 18,” Triana said. “I got my sister’s name so she can always be close to my heart and a breast cancer ribbon for my aunt. All together it was about an hour and a half long session.”

Along with the two tattoos over his heart, Triana has two larger color pieces located on both of his upper arms.

Craftily centered on his right arm is a large black and gray cross, wrapped in a delicate purple-and-green saturated rose.

“The artist and I co-calibrated on designing the tattoo,” Triana said. “I originally wanted a traditional wooden cross, but my artist said this stone look would look a little better so we went with his choice. I’m always willing to take his advice because his work is amazing.”

Triana got the large piece in memory of his sister Courtney Ann, who passed away at the young age of 23.

“I got this one after my sister passed away,” Triana said. “I got it a year after her date of death.”

Directly above the stone cross lays a colorful hummingbird dedicated to his mother.

“The bird is there because my mom always sees birds,” Triana said. “She thinks my sister came back as a bird and that’s how she stays with her.”

With two tattoos dedicated to his sister and one in honor of his aunt, Triana also wanted to honor where he was born and raised.

“I got America because ‘Merica,” Triana said as he laughed while looking at his large eagle tattoo located on his left arm.

“This was supposed to be so much smaller. Like one of those stamps that goes on boxes that say made in the USA,” Triana said. “That small stamp was going to just be tattooed somewhere on my body, but it turned into this whole large design with a bald eagle, flag waving in the back and old script. It was going to be $150, but it came out to be $500 later.”

With four tattoos on his body, Triana believes he has completed his tattoo journey, but may change his mind if something meaningful happens.

“For right now, this is pretty much all I wanted to get,” Triana said. “If it’s not meaningful, I will not get it, and I would never get a spur of the moment tattoo. All my tattoos should have meaning and will.”