Crime blotter for May 2 to May 8 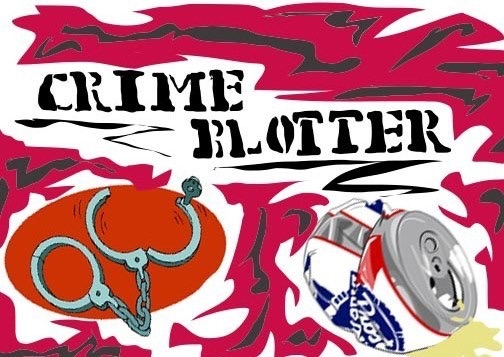 Black and white spray paint was used to paint graffiti on concrete barriers at the G10 parking lot.
An unknown suspect vandalized information cards at the Department of Police Services lobby with a pen.
A bicycle was stolen from the UPA 11. The bike was secured to a bike rack using a cable lock.
An unknown suspect stole a cellphone that was left unattended in the first floor restroom of Live Oak Hall.
A known suspect entered an apartment at the UPA 1 after a domestic dispute to obtain property that belonged to him. The suspect vandalized the residence, disturbed the peace and made threats to the victim. Officers are continuing their investigation, according to the crime log.
An emblem from a vehicle in the B2 parking lot was stolen.

An unknown suspect vandalized a mirror and paper towel dispenser in the first floor men’s restroom at Bayramian Hall by scratching graffiti onto it.
A bike was stolen outside of the Arbor Grill. The bike was secured to a rack with a chain lock.
Red paint was used to paint graffiti on the west side stairwell of Bayramian Hall.
A resident of the UPA 17 was referred for a drug law violation.
A vehicle was stolen from the F8 parking lot by an unknown suspect.
An unknown suspect has been sending annoying messages through a cellphone to the victim.

An unknown suspect tore a poster in half at a booth outside of Sierra Tower.
A laptop, which was left unattended in a classroom, was stolen.
Three wheel covers were stolen from a vehicle in the B2 parking lot.

Officers arrested a suspect on Darby and Prairie for driving with a suspended license and failure to stop at a posted sign. The suspect was released with a notice to appear.
A man left the Sierra Center market place with out paying for his food.
A pair of shoes were stolen at the Student Recreation Center when they were left unattended at the basketball courts.

Officers arrested a suspect by Nordhoff Hall for disobeying a court order. The suspect was taken to the LAPD Van Nuys jail for booking.
Three residents of the UPA 4 were referred for drug law violations.

A resident of the UVA A was referred for a drug law violations.
A CSUN officer cited a suspect in the G9 parking structure for possession of marijuana.