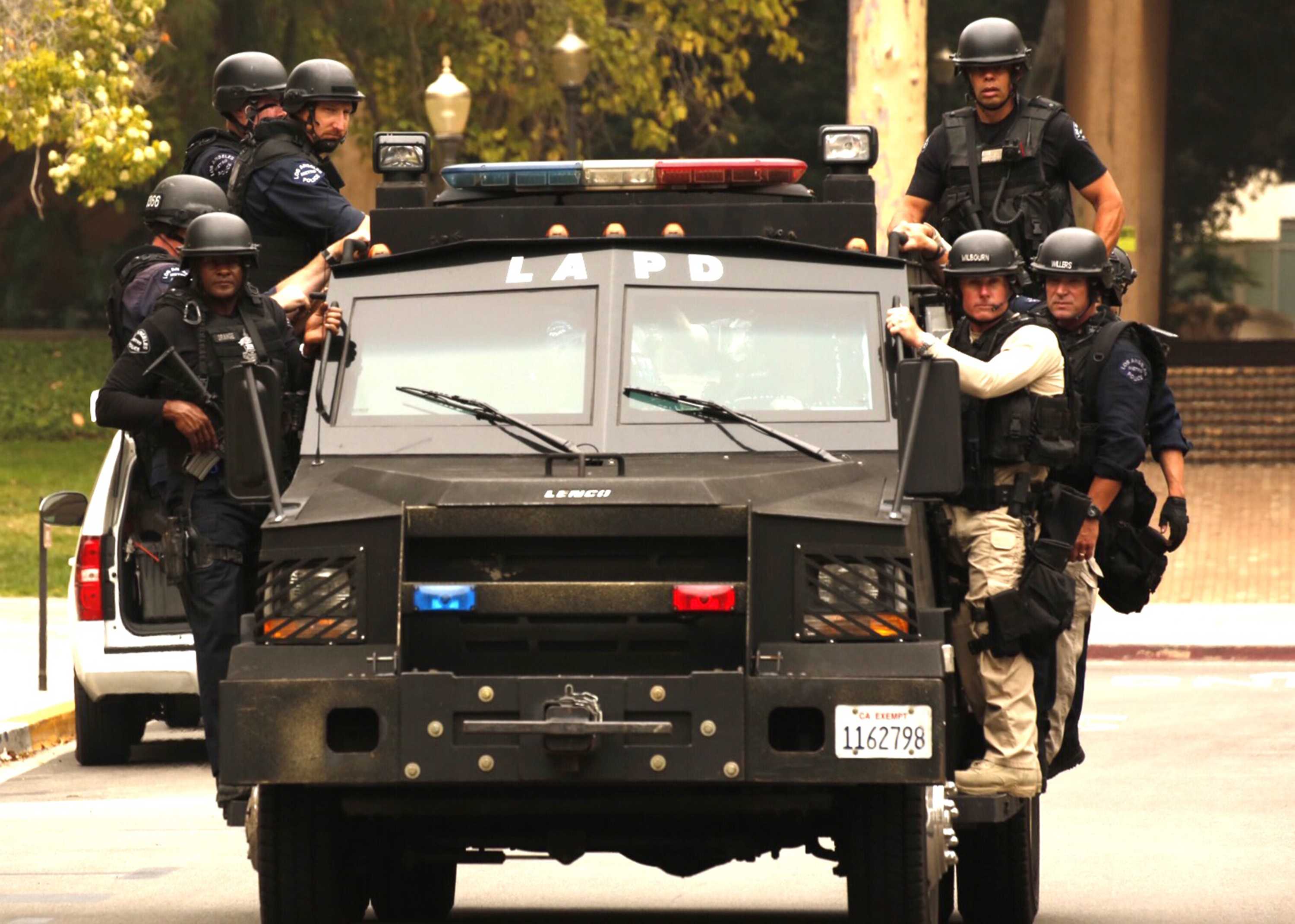 Police use armored vehicles to search and secure several buildings on the north end of the UCLA campus on Wednesday, June 1, 2016. (Al Seib/Los Angeles Times/TNS)

In the wake of last week’s UCLA shooting in which former graduate student Mainak Sarkar killed a professor before himself, the CSUN Department of Police Services assures the community it is prepared in case an active shooter is on campus.

With a university shooting as close by as UCLA, students wonder if CSUN has plans for this type of emergency to avoid something similar.

Business management major Daniel Gonzalez, 21, is one of the many students who is worried about potential shooters.

“I don’t know what CSUN’s protocol is for such occasions, but I would hope that they have a plan just in case anything like this happens,” he said. “There really is no way to prepare students for such emergencies.”

“I’m hugely confident because we’re so practiced at it,” Glavin said. “We actually have the largest multi-agency drill in the entire San Fernando Valley.”

These drills involve teams of officers performing active searches in buildings on campus, with different things hidden that officers would have to look for. They are followed by safety monitors and trainers who stop them at various places and review things they did correctly and things they could improve on.

Glavin said she teaches faculty and staff how to deal with persons of concern.

“That’s designed to teach faculty and staff the kinds of things to deal with persons of concern, who may be spiraling downward in terms of things going wrong in there life, the way they’re looking at life, outbursts in a classroom,” she said. “Everything from that sort of thing, all the way up the continuum to the potential for someone who may act as an active shooter.”

CSUN police services is well prepared not only to stop an active shooter, but also potentially prevent situations like what happened at UCLA from occurring at CSUN.

Gonzalez said he was surprised by the shooting at UCLA.

“I didn’t think a shooting would ever happen at UCLA because it’s such an acclaimed campus and you’d think for every student it would be a joy to attend,” he said.

Kimberly Henriquez, a 21-year-old sophomore at UCLA, spoke about her experience during the shooting and didn’t think UCLA handled it well.

“No one was doing anything. We were just sitting there waiting to see what the professor and the other administrators were going to do, which really wasn’t much. All they ended up telling us was that the exterior doors of the building were locked, but there was no way of locking the classroom doors which opened outward,” she said.

Henriquez said it didn’t seem like they were skilled in dealing with that kind of emergency.

Glavin said CSUN police services is partnering up with the cinema and television arts department to make a seven minute video on the issue of active shooters to premiere in the fall.

“Our message is get out, hide out, help out, fight, and the film will explain what those mean and it will also talk about how the police respond and what to expect,” Glavin said. “And we hope that we can get all the faculty and everyone else on campus to participate by taking 15 minutes out of a class at the beginning of the semester, and show this film to all their students.”