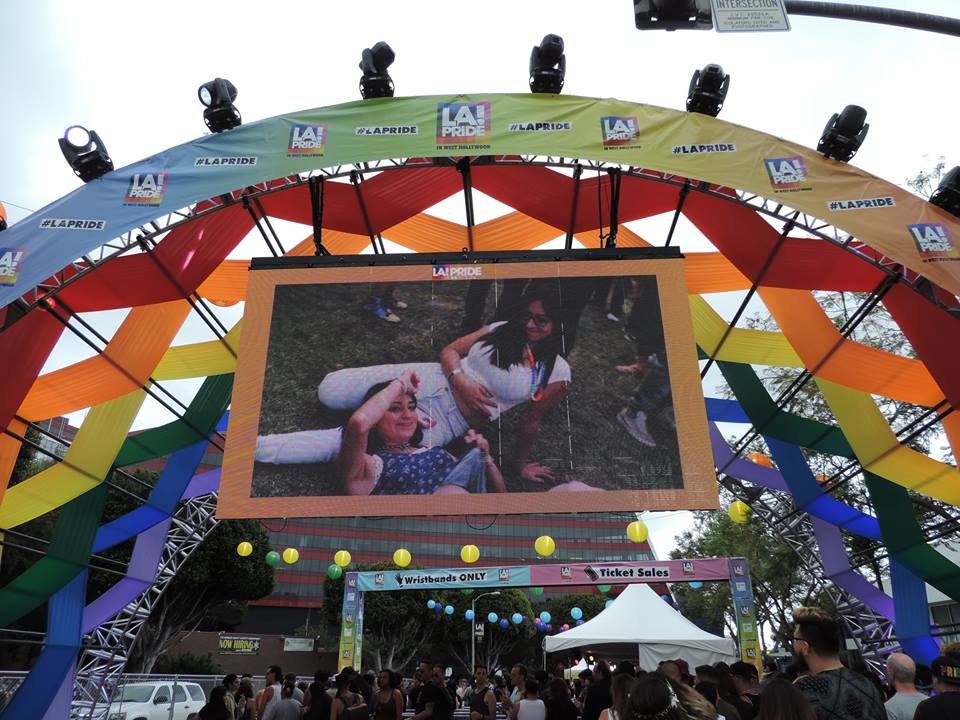 Thousands of people gathered in West Hollywood over the weekend to celebrate the 46th annual L.A. Pride Music Festival and Parade.

Over the course of the three-day event, several organizations in support of the LGBTQ community and big names in music such as Bebe Rexha and Charli XCX made appearances to help celebrate equality along with individuality.

The event was put together by the Christopher Street West Association Inc., (CSW) which dedicates itself to advocating for human rights along with reaching out to people in order to educate them about the LGBTQ community.

Also in attendance were some internet personalities such as Alx James who has grown in popularity through his YouTube channel and his short videos on his Vine account. Model and drag queen Willam Belli also made an appearance in support.

Upon entering the event, there are a wide variety of tents in which different organizations offer visitors information educating them about the community.

Jacob Espinoza, 20, said he likes to go to these events because it allows him to celebrate who he is in a welcoming environment.

“Pride is important to me because it expresses individuality,” Espinoza said. “It allows you to be yourself without having to hide behind all these doors.”

Some of the booths that were present allowed people to learn about HIV/AIDS, bisexuality, HIV medication Pre-Exposure Prophylaxis (PrEP) and even animal rights. Most of the booths also had wheels visitors can spin in order to win a variety of prizes including necklaces, stuffed animals, temporary tattoos and wristbands.

Located in a separate section of the festival was an adult only area where people were able to watch adult films as they learn and explore the different fetishes which are considered taboo.

There were also three different music stages dedicated to the genres of Hip-Hop/Rap, Latino music and the main stage where a DJ played a diverse set of music before the main headliners took their place at the center of the stage.

The first L.A. Pride event took place in Los Angeles on June 28, 1970 as a response to the Stonewall riots which occurred in New York on June 28, 1969. These protests are seen as the first demonstrations for the fight for equal rights for the LGBTQ community.

Brenda Lazcano, 21, also believes having pride in oneself allows for a better and happier life.

“Not only does it celebrate the LGBTQ community, but it also allows for people to become educated,” Lazcano said. “It can also teach people to be much more open minded.”