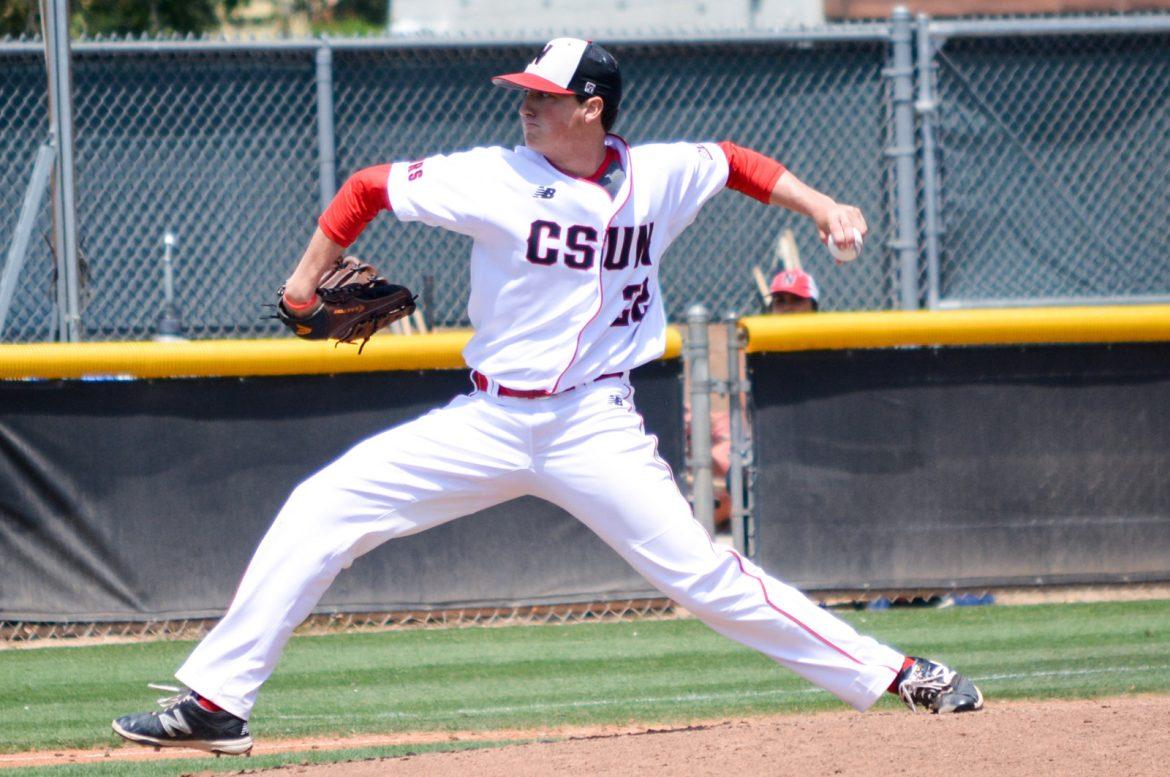 After making an impression on their teammates and coaches, several CSUN athletes’ hard work paid off.

Rosenberg, a left-handed starter for the Matadors, was selected by the Tampa Bay Rays. Rosenberg went 6-1 in 15 starts and holding a 3.21 ERA. He was a three-time Big West Conference Pitcher of the Week and tossed six or more innings on 13 different occasions.

Berry, a standout first baseman was selected by the Miami Marlins. Berry transferred to CSUN for his final season after spending 2012-15 at the University of Washington. The senior closed out the season with a conference-leading nine home runs, a .294 average and 44 RBIs.

CSUN softball junior outfielder, Taylor Glover, became the first Matador in 12 years to be named a First Team All-West Region by the National Fastpitch Coaches Association (NFCA) for the second time. This was also Glover’s third appearance on the All-Region team. She had a .522 batting average in 21 games. Former Matador Christen Bedwell was the last to accomplish the feat in 2004.

Also honored by the NFCA was pitcher Daphne Pofek who earned a spot on the third team.

The Matador athletes also closed out the track and field season at the NCAA Division 1 West Preliminary Round in Lawrence,

Daniel Swarbrick led the charge with a best of 55.36 meters in the men’s discus throw to finish 16 out of 48 competitors. Only the top 12 advanced to nationals.

In the men’s triple jump, teammates Josh Webster and Kurt Felicitas finished 32nd and 37th respectively. Webster, the Big West Conference runner-up, jumped 14.95 m., while Felicitas closed out his season with a best of 14.65 m.

Also competing for CSUN was Anass Zouhry, the Big West Conference champion over 1,500 meters. However, the senior did not finish his preliminary race.

Incoming freshman Kelsey Yogi of Honolulu, Hawaii, was recently added to the United States Volleyball Men’s Junior National Training team, which includes 18 other standout players. Of those 19, only 12 athletes will be selected to compete at the 1016 NORECA Under-21 Continental Championships in Gatineau, Quebec, Canada, from July 3-11.