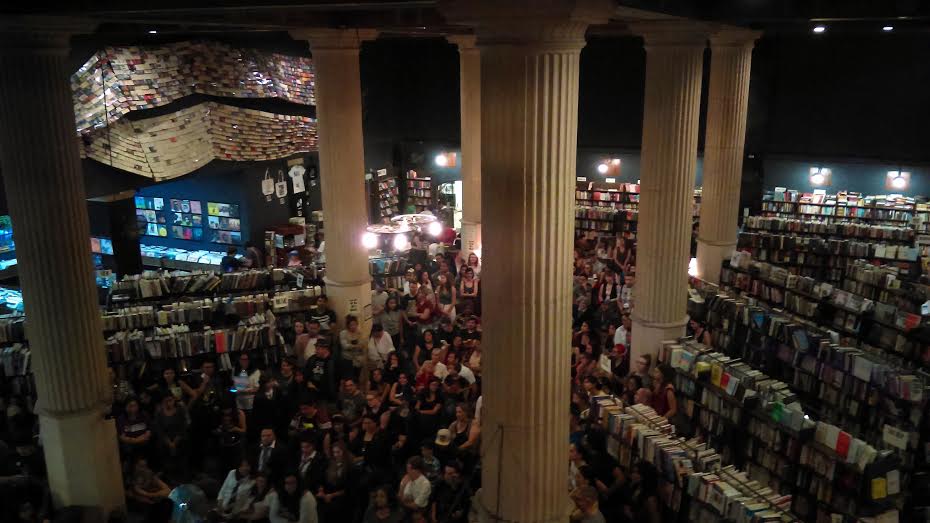 The night began with a live performance from the band Blackhaven, who sang original songs along with a cover of The Weird Sisters’ “Do The Hippogriff.” The band opened up for the main act of the night which is an improv group called “The Show That Shall Not Be Named.”

Dressed in attire from the films, the actors performed improvised stories on the small, wooden stage as they drew inspiration from the Harry Potter series. The L.A. based group has 11 members who are all dedicated to bringing the world of Harry Potter to life while adding their own unique brand to each of their shows.

Tami Hillberry, who has been a part of the improv group for over a year, said a few of her friends heard the group was looking to add new members, so she decided to audition.

“I wanted to audition because I loved ‘Harry Potter’ since high school,” Hillberry said. “Like many people, I didn’t have a great high school experience, so the books provided me with an escape from reality. Whenever I read them, it felt like home.”

The event closed with a costume contest to see which of the guests were able to bring the characters of the series to life in the best way. Hosted by Leo Zombie and Sarah Snitch (Leo Camacho and Sarah Sterling), the contest showcased competitors dressed as Dobby the elf, Draco Malfoy, Garrick Ollivander, Bellatrix Lestrange along with other characters from the series. The winners were each given a bag filled with “Harry Potter”-themed prizes.

Marleny Lopez, 25, said she was thrilled The Last Bookstore had a “Harry Potter” night because she has been a fan of the series for years.

“I grew up with the series and I found ‘Harry Potter’ as a sort of inspiration,” Lopez said. “He was this weird, awkward kid in the beginning but then he ended up being someone who was so important to everyone around him.”