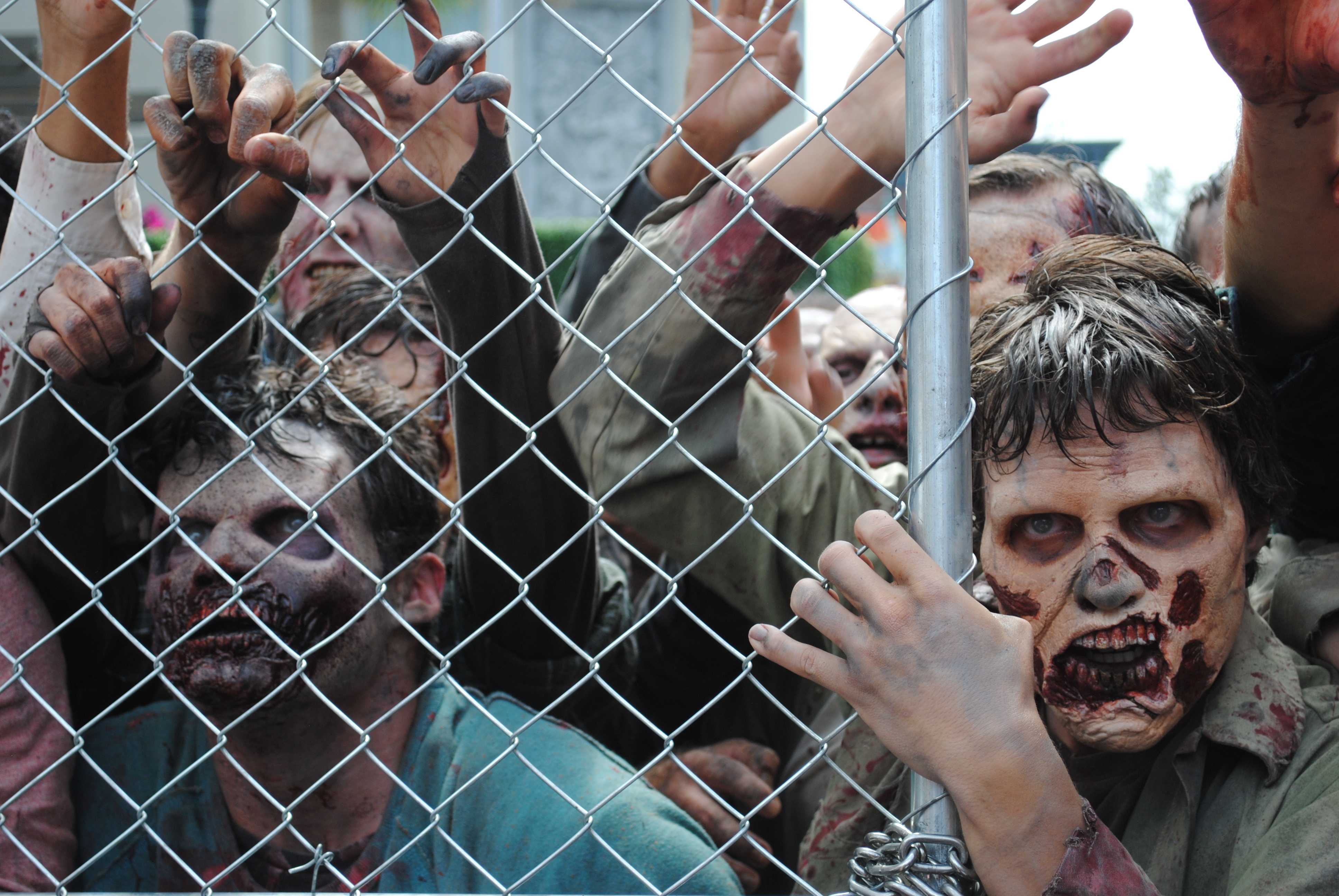 A close up of the zombie horde. "The Walking Dead" creative team ensured that everything would look authentic. Photo credit: Josue Aguilar

A horde of flesh-eating ‘walkers’ invaded Universal Studios Hollywood on Tuesday morning as a preview for the new permanent attraction based on the Emmy Award-winning AMC television series, “The Walking Dead.”

The new attraction opens next week. However, Universal Studios invited local media prior to the opening for a preview to explore the attraction.

“The Walking Dead” attraction takes visitors through a maze, reliving many important moments from the show’s history, including the iconic “Don’t Open, Dead inside” doors.

To present the immersive and authentic experience of the show, Universal Studios partnered with executive producer and director of the series, Greg Nicotero and his special effects company KNB EFX, according to the Universal Studios press release.

Nicotero and the show’s creative team ensured the authenticity of the attraction by using original molds and developing prosthetics for the ‘walkers.’ They also applied makeup to each of the ‘walkers’ in the attraction.

“Guests can now come face-to-face with live and animatronic ‘walkers’ that are indiscernible from the ‘walkers’ from the show,” Nicotero said in the press release.

A few current and past cast members also joined in on the experiences.