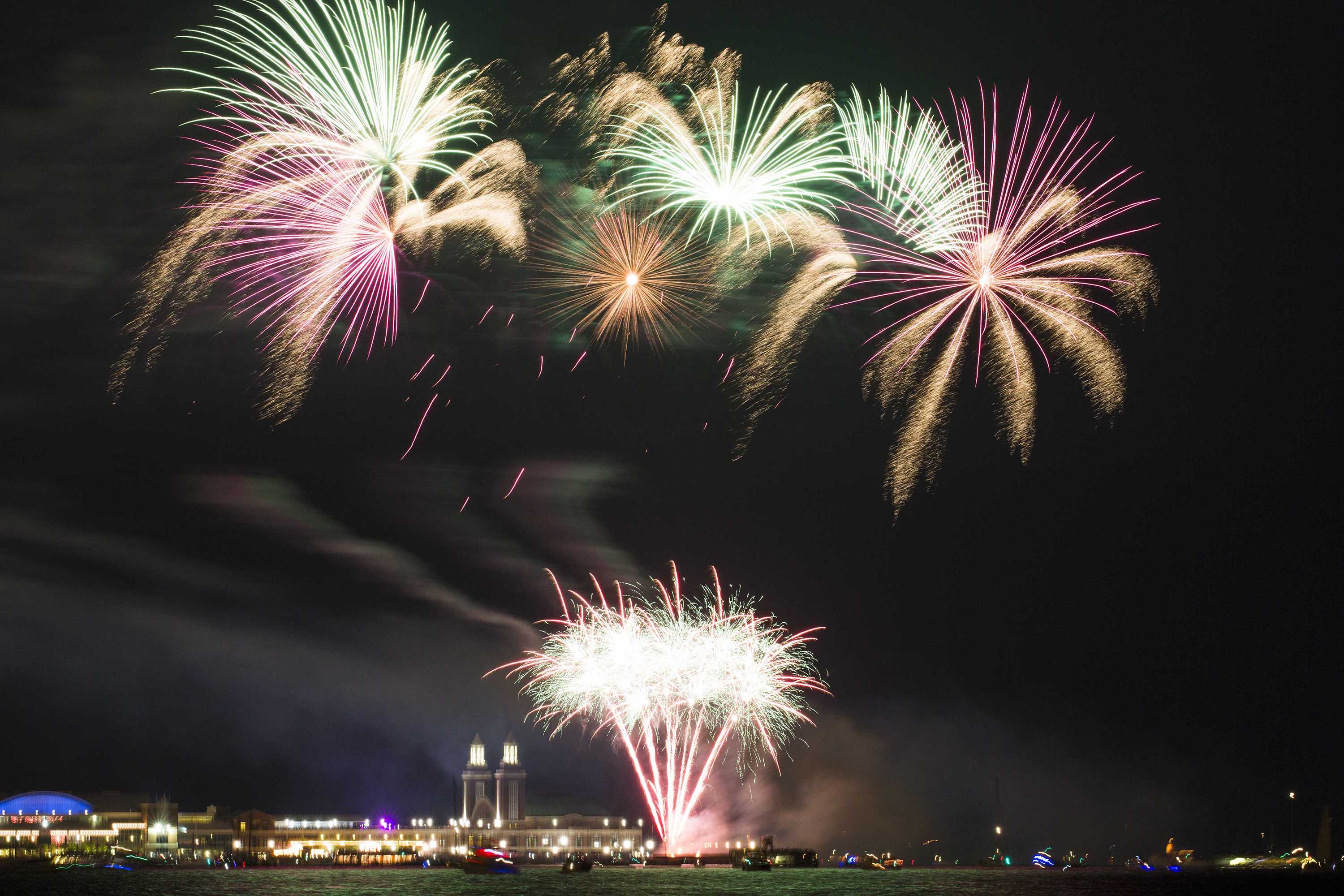 The start of July means the great American celebration known as Independence Day is within reach. As the name suggests, the holiday marks the nation’s independence from the British in 1776. The day, however, is mostly associated with the colorful firework shows which light up the night sky. Below are some of the best and most iconic places to catch fireworks in Los Angeles and the surrounding cities.

While the Rose Bowl in Pasadena is typically known for college football on New Year’s Day, the stadium also puts on a day-long celebration of food, music and games called AmericaFest that leads to a sky-illuminating finale firework show.

For those who prefer spending a day of sand and surf for the holiday, the Huntington Beach Pier is ideal. The beach celebration includes a festival, parade and a 5K run on the holiday morning.

Rock band Chicago takes over the Hollywood Bowl for a patriotic concert on July 4th. The Hollywood Bowl Orchestra and U.S. Air Force Band of the Golden West will also join in on the festivities.

Fireworks are no stranger to the Magic Kingdom in Anaheim, but the theme park has its own patriotic display for the holiday.

With the L.A. Coliseum and Natural History Museum as the backdrop, the July 4th celebration at Exposition Park consists of a festival packed with food trucks, games, music and rides. The firework show will include a “Purple Rain” tribute in honor of Prince.

The free Fourth of July block party at Grand Park near L.A’s city hall features music by artists based in the City of Angels.

There’s nothing more patriotic than catching a game of the country’s favorite pastime on Independence Day. Cheer on the boys in blue as they take on the Baltimore Orioles.

Fireworks start after the game.

Holiday visitors at the Queen Mary will get a small taste of the whole country once on board the ship. The celebration combines both the west and east coasts as well as the south for an all-American experience.