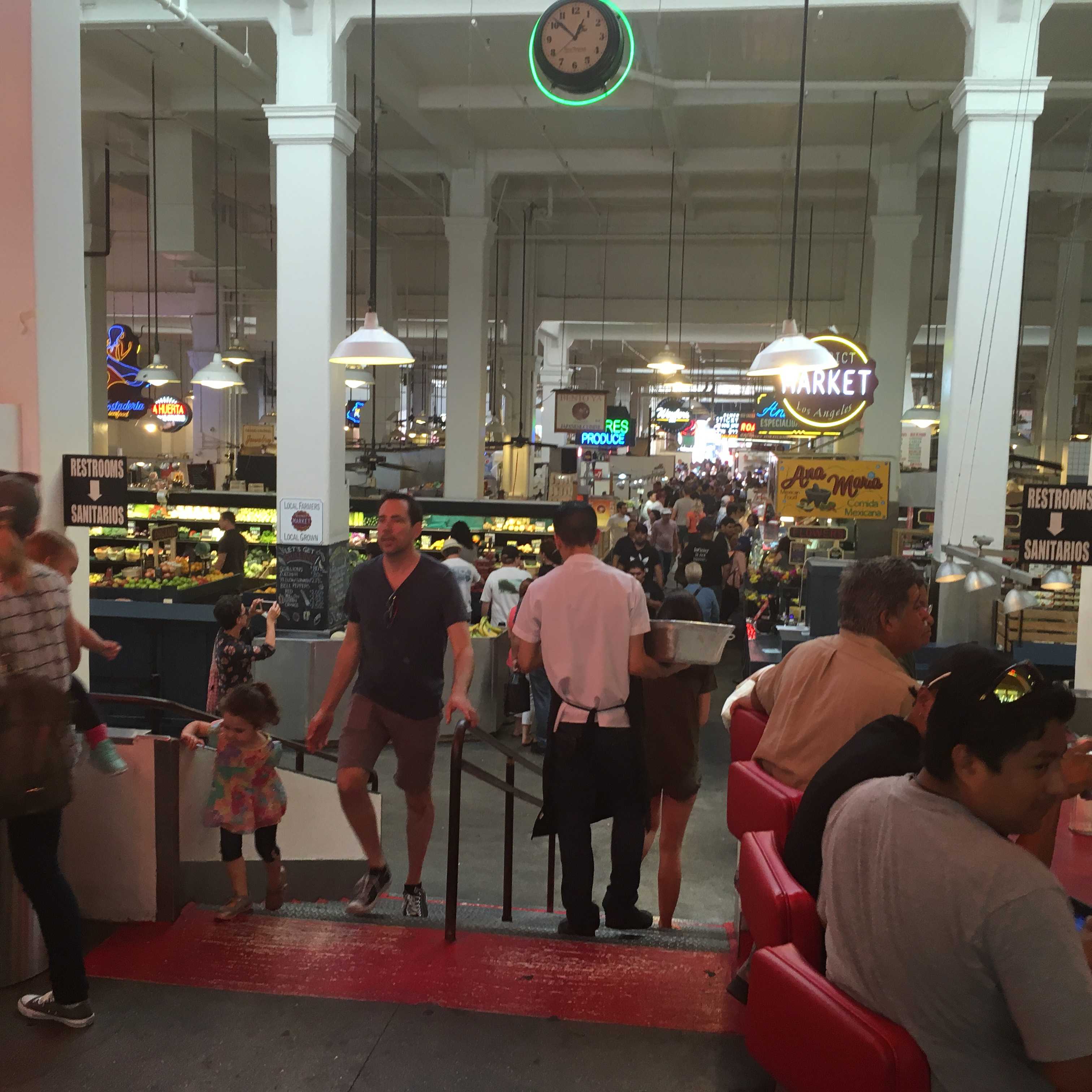 Grand Central Market is an open-air food hall in historic downtown Los Angeles that occupies the block between Hill and Broadway. The market’s allure used to be affordable food and the rich cultural environment, but now the atmosphere has veered into the lane of fancy eateries and events.

Over the past few years, several trendy, new food vendors sprouted at Grand Central Market: Belcampo Meat Co., Wexler’s Deli, DTLA Cheese, G&B Coffee and EggSlut are just a few of the many crowd-pleasers that have situated themselves there.

“[Grand Central Market] has changed a lot. It’s much more upscale now,” said Joseph Hernandez, an employee at Roast To Go. “We don’t get the same kinds of customers, but since they started serving beer and staying open later, business is still good.”

“The only thing that hasn’t changed is the neon signs,” said Paul, a 66-year-old Philadelphia native who moved to Los Angeles when he was 19. Each food vendor is required by lease agreements to have at least one neon sign.

Roast To Go, a business that has been at Grand Central Market since 1952, China Cafe, Sarita’s Pupuseria, and La Huerta’s are all veterans of the market but have had to raise prices in order to remain competitive. Tacos that were once $1.50 at Roast To Go have now increased to $3.50.

“Some of my old customers have complained to me that the new restaurants are too expensive. It’s no one’s fault,” said Ivan Carmona, 52, a manager at La Huerta’s candy.

Grand Central Market has branded itself as a venue that reflects the cultural atmosphere of greater downtown Los Angeles. This remains true to some extent; the diversity in food options is present, and the venue is certainly crowded enough to be reminiscent of the downtown traffic.

“It’s not just the food options that have changed; it’s the entire vibe of the place” said Gabriela Lloris, 24.

There is also a noticeable absence of the Latino families who once frequented the market. This is a product of Grand Central Market’s shift from being a community marketplace to a buzzing downtown destination.

“At the end of the day, people just want to spend their money somewhere they feel like it’s worth it.” said Randall Baker, 41. “I like trying new foods, so that’s why I still come to Grand Central.”

Adele Yellin’s vision to revitalize the market after the passing of her husband, and former owner of the building, Ira Yellin, resulted in the influx of newcomers. In a 2014 interview with LA Weekly, Yellin acknowledges she would be criticized for the changes, but remains confident she’s doing what is best for the market.

Yellin points to the recession as a catalyst for the market’s transformation. She has stated that after many vendors left the market due to economic hardships, GCM suffered, and the only way to keep it afloat was to cater to the new demographic that began to occupy downtown during its urban resurgence.

Yellin mentions there being a balance between the old clientele and the new, but that isn’t the reality. Grand Central Market has become a destination primarily patronized by downtown’s new residents.

“You used to be able to eat here and shop on the weekends with your family,” said Yasmin Lozada, a 34-year-old downtown native. “But now it’s so packed with hipsters you can’t even find a seat.”