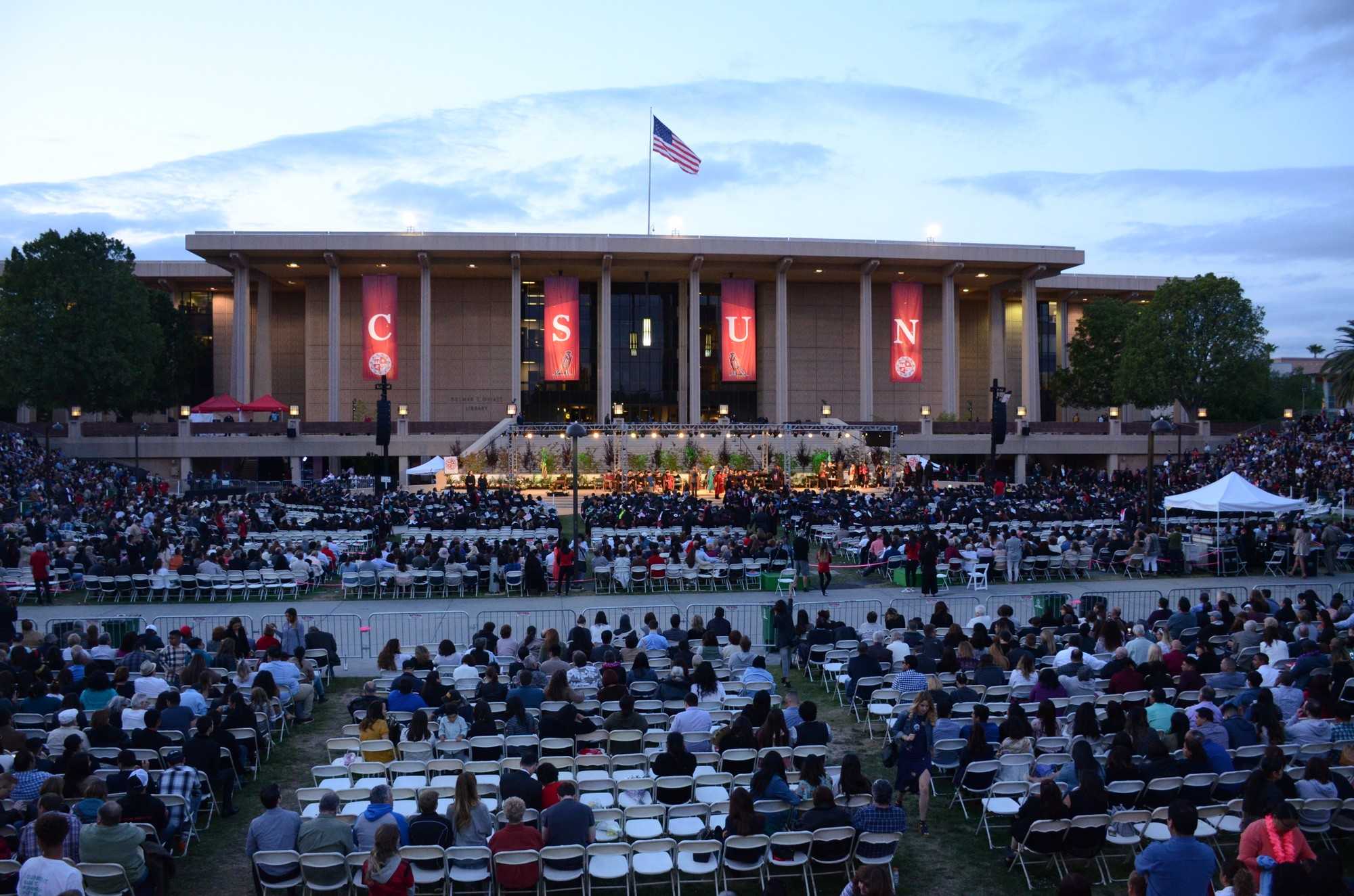 If students are pursuing a degree in psychology, data shows a graduate degree can increase their annual salaries by 72 percent. Students who graduate with an MBA will see an average increase of 45 percent. Compare this to art graduate students who may see a salary 26 percent lower than their bachelor counterparts two years after graduation and a further decrease of 34 percent five years after graduation.

Numbers from the CSUN Office of Institutional Research show that graduate degrees in fields like business and science can significantly increase salaries. However, two years after graduation, there is a negligible difference between salaries of bachelor’s and master’s students majoring in fields like communication studies, music, and history.

Sahara Alal graduated from CSUN in 2015 with a master’s in art with an emphasis in painting and sculpture. She pursued a master’s because of her love for art. Alal’s mother was an artist, and watching her mother paint and draw made her realize it was something she wanted to pursue.

“I am worried about paying off my student loans,” Alal said. “Student loans have definitely put a few bumps in the road and made it a little more difficult for me to focus on my goals moving forward. I started paying my loan off while I was in school, so I did get a nice head start.”

There are numerous reasons why students choose to continue their education by pursuing a master’s degree. The most common reasons include the desire to receive a higher salary, stand out from other job applicants or to buy more time before deciding a career path. However, choosing to earn a master’s degree may cause more harm to students’ futures unless they are fully committed to the entire process.

A journal article by TheEmployable says one should be certain before committing the time and money necessary to get a graduate degree.

“If getting a master’s degree is not a foregone conclusion for your career goals, and you are mulling it over, don’t rush into this decision,” the article states.

Ciobha McKeown, 23, decided to pursue her master’s in science in the applied behavior analysis program. McKeown is a second-year CSUN graduate student with plans to attend the University of Nebraska medical center to study for her Ph.D. and have her own research lab one day.

“I specifically chose a master’s in this because I was interested in pursuing a Ph.D.,” McKeown said. “And so I knew that a master’s in ABA would help me later get a Ph.D.”

McKeown said she is always worried about student loans.

“My master’s program isn’t cheap, but education is an investment, and now I’m sitting here,” she said. “I may have spent a lot of money; I may reap the consequences later on in life.”

However, McKeown has made the decision to get her master’s with a long-term goal in mind.

“Getting this degree has set me up to now get my Ph.D., and I’m actually getting ,” McKeown said. “So the benefits outweigh the costs.”

According to an article from the Bureau of Labor Statistics, work experience can be valued more than additional education, resulting in higher pay. Also, instead of a master’s degree, getting a certificate in a specific field may also increase one’s value without breaking the bank.

“The MBA — it’s almost required now to get past a certain [position] in a company,” Heisley said. “So that’s the thing; it’s almost expected at some level of the organization.”

Heisley said the three reasons people want to get an MBA are to enhance their career, move up in an organization or to make the switch in careers. The third group is generally entrepreneurs.

“They want to start their own business,” Heisley said. “They’ve been out there in the world for a while. They have ideas for things they want to do themselves, but don’t have the tools to do it, so they come and gear up.”

Heisley said some students can be disappointed if their expectations are not immediately met.

“You don’t just come out of here and be a CFO. It’s a process, it takes time. So now you have the education, you have the tools, but you still have to go prove yourself, and those tools are going to open doors that would otherwise not be open to you,” Heisley said. “You still have to have the agency or the self-drive and motivation to get that salary increase, but certainly all the data shows that MBA bumps you up — for sure it bumps you up.”

Heisley added that the return on an MBA investment is worth it.

According to data from the OIR, MBA students have a 45 percent greater salary two years after graduation than students with a bachelor’s in business. That percentage equates to about $22,000 more per year and is pretty steady as the years go on, only depreciating to about 40 percent at five years past graduation.

“Does it add great value?” Heisley continued. “Yes, but it’s not just a ticket to a money tree, it’s a process that you have the tools, but you have to make an effort.”

For any students who are unsure of what they want to do, Heisley said to get out into the world and gain work experience to build your resume.

Although Alal isn’t employed in the field of fine art, she said it was a personal choice not to be.

“I am young and still want to explore different options and have varied life experiences,” she said. “I am currently employed at a viral video company called Jukin Media.”

Her employer does not require a master’s degree.

Despite the cost of her master’s degree, Alal values what the experience of getting a graduate degree gives to an individual.

“I decided to get my master’s in art because my bachelor’s did not satisfy my exploration and education of the field,” she said. “I feel that a master’s degree challenges your will and work ethic and helps shapes you into being a stronger more resilient person.”

“No matter what you get your master’s degree in, you are challenged in possibly the most intense way in your life, and upon graduating you feel like you can conquer whatever challenges come your way in the future,” Alal said.