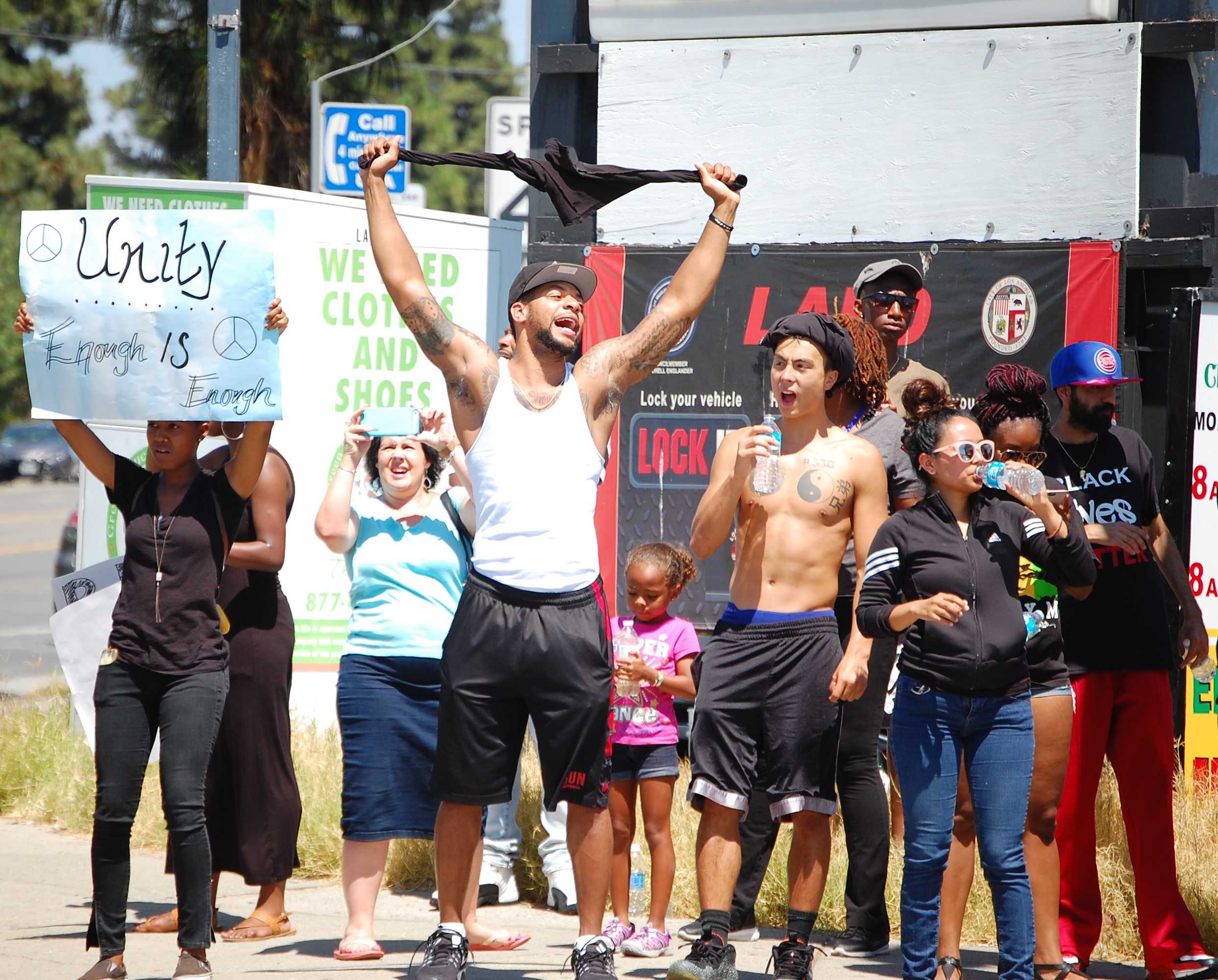 Protesters keep hydrated as they protest on the corner of Devonshire and Reseda Boulevard. (Josue Aguilar/The Sundial)

A crowd of Black Lives Matter protesters gathered in Northridge on Saturday afternoon in response to the recent shootings in Minnesota and Louisiana.

The protesters marched down Reseda Boulevard receiving support from passing cars in the form of honking horns and onlookers who chanted “black lives matter” and “no justice no peace” along with the protesters.

Shaquille Clark, a junior communications major at CSUN, organized the peaceful protest through social media, gathering CSUN students and other members of the community. 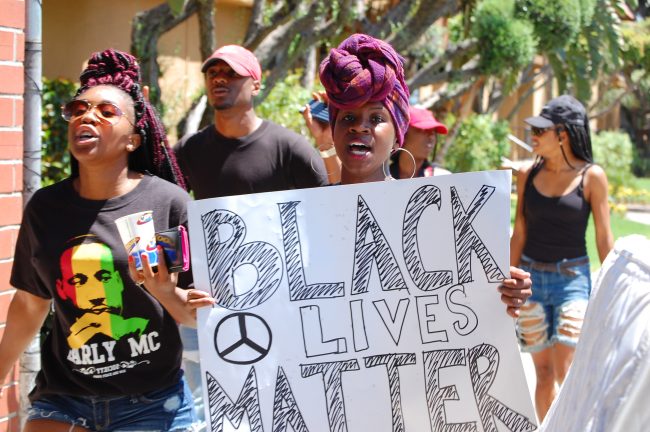 Clark said he wanted to do his part to bring awareness to the recent shootings of Philando Castille and Alton Sterling. He also wanted to encourage CSUN students to do the same.

Philando Castille, 32, was killed by a police officer during a traffic stop in Minnesota on Wednesday night,

A similar incident occurred in Baton Rouge, Louisiana, where an altercation occurred between 37-year-old Alton Sterling and two officers resulted in Sterling being shot multiple times while pinned down.

The deaths of Castille and Sterling have sparked demonstrations across the country against the mistreatment of minorities by police.