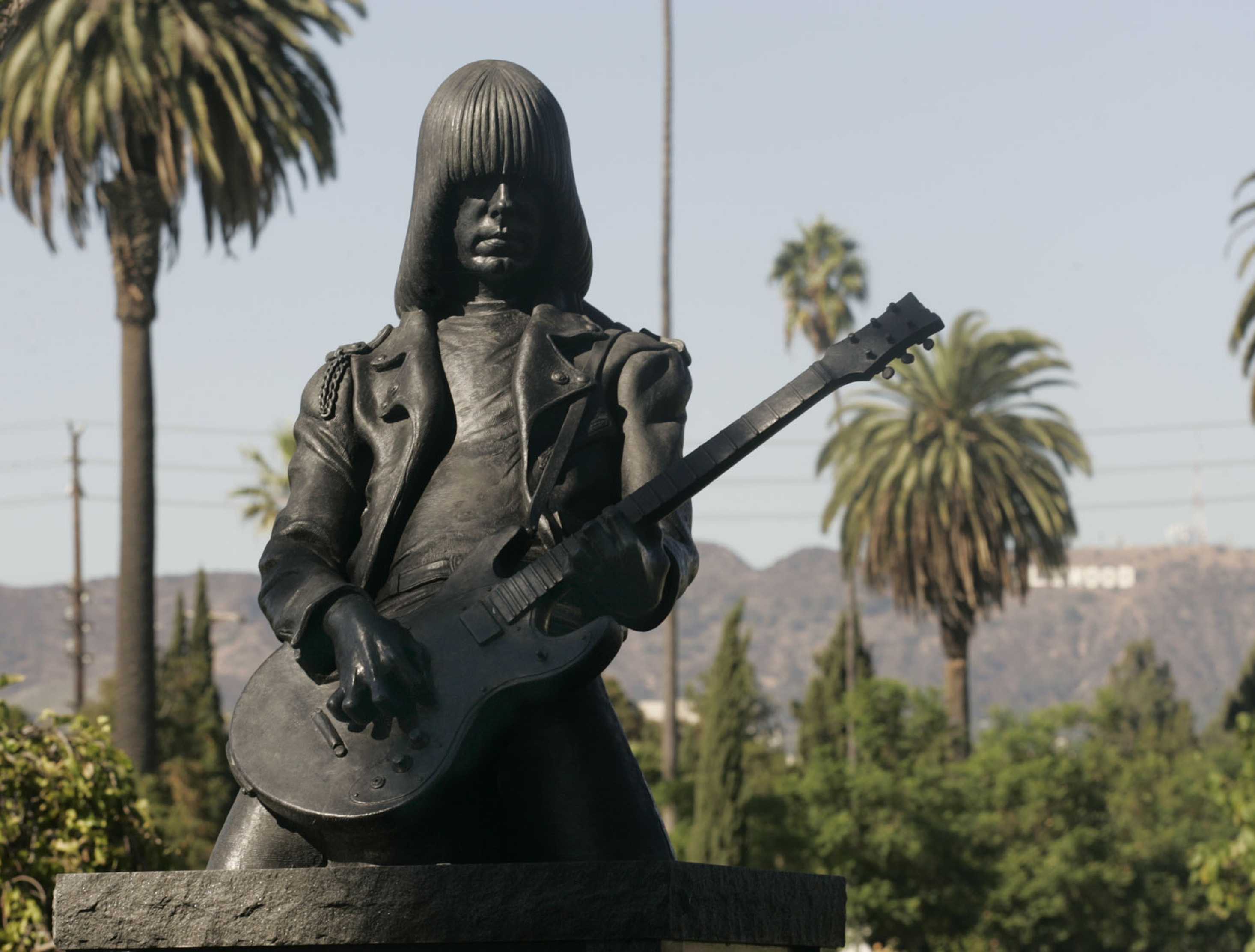 A monument of Johnny Ramone, founder of the band The Ramones, stands at the Garden of Legends in the Hollywood Forever Cemetery in Los Angeles, California. (Ana Venegas/Orange County Register/MCT)

The traveling food, music and movie night, Eat|See|Hear makes a stop at Pasadena’s city hall for a screening of the romantic comedy/drama “500 Days of Summer.” True to its name, the public can taste a variety of food, listen to live music, and finish the night with a movie.

Author Jennifer Keishin Armstrong speaks about her book, “Seinfeldia: How a Show About Nothing Changed Everything,” which includes interviews with the writers of the 90s sitcom.

“Are You Funnier Than Cat Videos?” | Comedy @ The Hudson Theater (Comedy Central Stage)

Comedians compete for laughs against an unlikely foe; a series of viral cat videos. The audience crowns the winners of the bout based off who gets the most laughs, the projected cat videos or a team of improvising comedians.