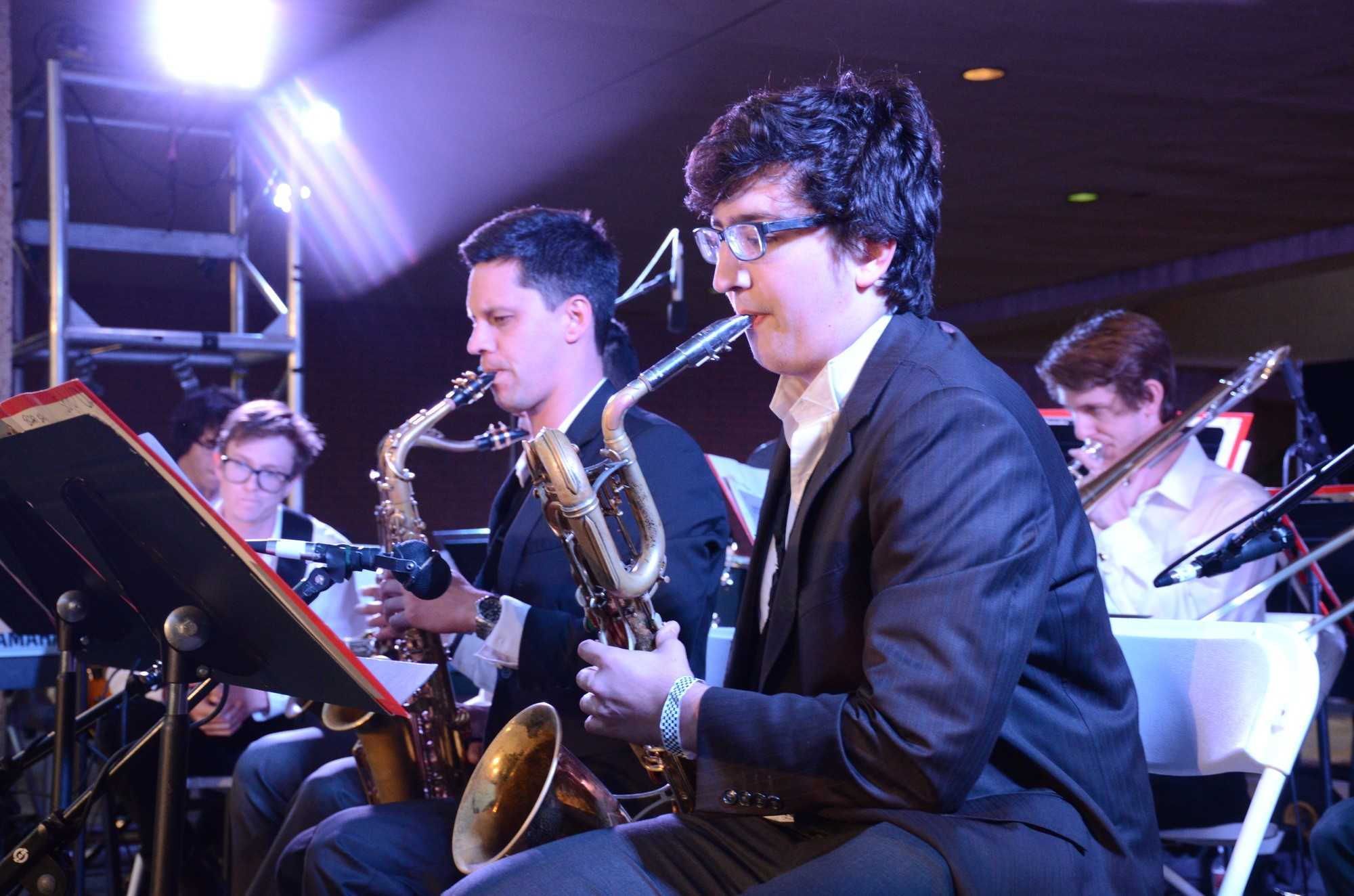 Members of the CSUN Jazz Band perform for the crowd during the College of Humanities and College of Health and Human Development commencement ceremony on May 23. Photo credit: Erik Luna

Jazz has had a major influence on the music most people listen to today. The sounds can be heard through a wide variety of genres including pop, hip-hop, rap and especially rock ‘n’ roll, according to Jazz in America.

The genre was also influential for African-Americans in the South as it provided them with an escape from the harsh realities they lived during the time. It was also widely popular in New Orleans during the 19th century and the city is still considered as the birth place of jazz, according to New Orleans Online.

There are also some people on campus who voiced their love for the genre.

“It just resonates differently,” said Jackie Fonseca, 23, who works for the music department. “I love to listen to live jazz. It just has a deeper, fatter sound.”

Fonseca also said one of her favorite jazz artists is Charles Mingus.

CSUN alumna Marleny Lopez, 25, said she enjoys jazz because she enjoys the different sounds it has.

“I like smooth jazz because I find it relaxing,” Lopez said. “But I also like upbeat jazz because it always makes me want to dance.”

Lopez said some of her favorite jazz artists Fats Waller and Billie Holiday.

This week’s playlist features some amazing artists from the genre including Ella Fitzgerald, Bing Crosby and Frank Sinatra.