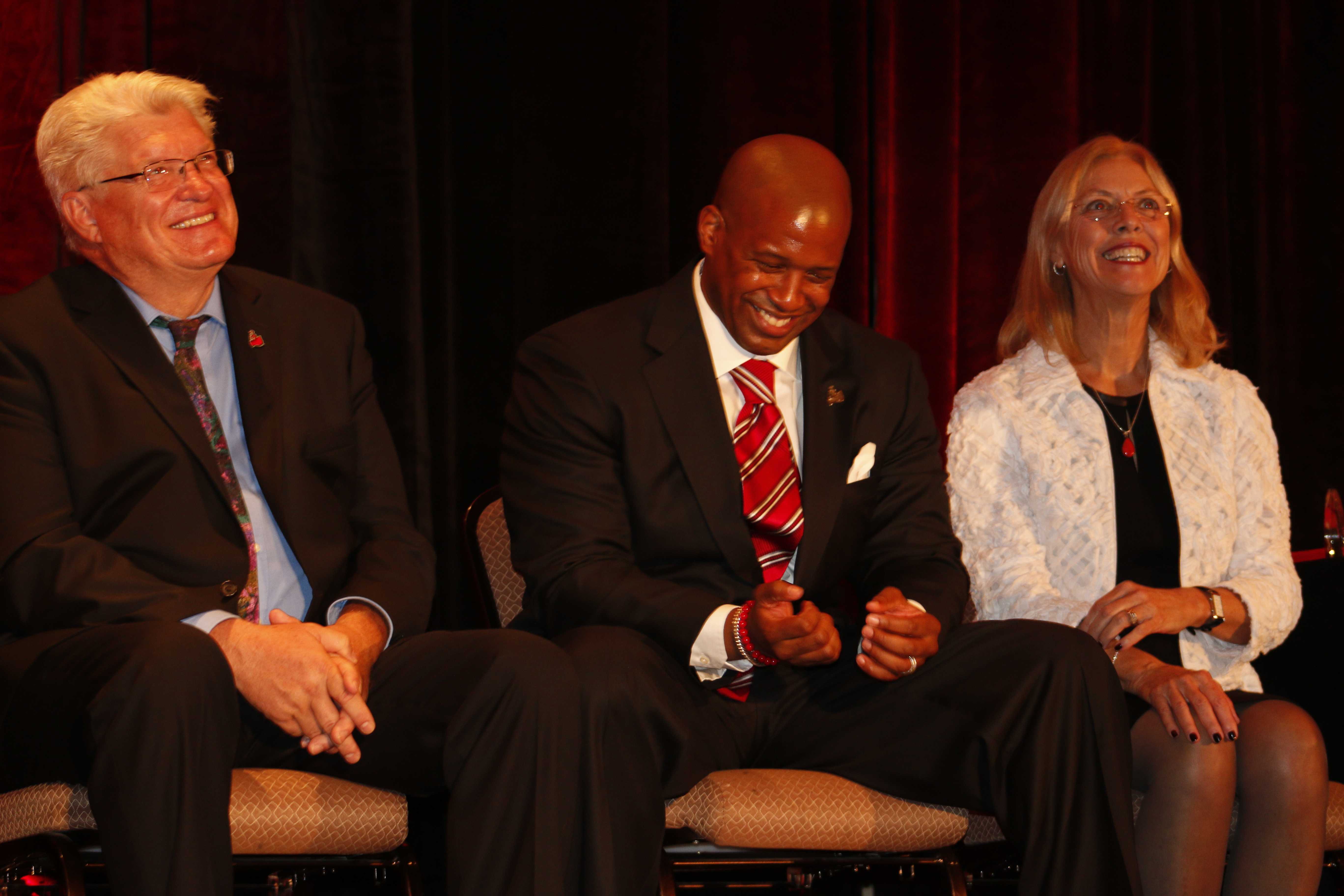 Before the ceremony began, the inductees gathered in the main hall of the Marriott Grand Ballroom with friends and family, to take photos and reminisce with their former teammates.

“We are all still friends over thirty years later, so that is a true testament to what [Coach Torgeson] built,” said Dana Vasquez, a member of both softball teams inducted into the 2016 hall of fame class. Vasquez was also a member of the 1983 team that won the first of three consecutive national titles for the Matadors.

Kim Bernstein, a member of both national championship softball teams, also said the people she has met are not only her teammates, but her family as well.

Charnofsky was praised by Michael Spagna for his exemplary humility, a trait which he said is hard to come by among men of Charnofsky’s accomplishment and stature. Charnofsky’s speech was one of gratitude, mainly toward his children which he said are his greatest achievments.

The presentations of the inductees were in-large the focal point of the ceremony. The ballroom erupted into applause as the presenters shared heartfelt and candid remarks about the outstanding Matadors they were honoring.

A recurring theme throughout the presentations was perseverance. Former CSUN basketball coach Fluke Fluker, former CSUN soccer coach Marwan Ass’ad, and Chris “Geeter” McGee revealed each of the inductees they were presenting, Chevalier, Kirk and Unger, respectively, had overcome severe physical ailments. Chevalier was blind in on eye and had three fingers on one hand, Kirk had at one point suffered a tumor in his leg and Unger had recently beaten stage three prostate cancer.

“All these years, and the timing couldn’t be better,” McGee said. “It may be cliche, but never underestimate the heart of a true champion.”

The audience’s attention never wavered as they celebrated the legacy of outstanding Matadors, both on and off the field. Among the audience members were teammates, family members, classmates and CSUN faculty members who contributed to the success of the inductees.

“[Being inducted] means a great deal,” said Chevalier, a member of CSUN’s first Division I men’s basketball team. “It allows me to leave a legacy when I’m gone, and in the future my kids will be able to bring my grandkids to see some of the things I have accomplished.”