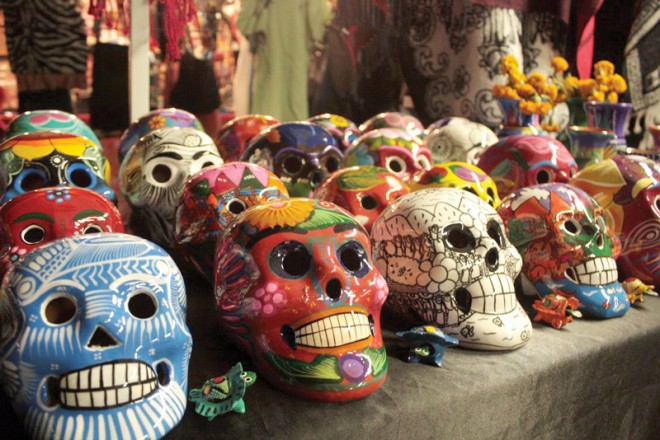 Halloween comes a few months early with a weekend-long festival based on the holiday. Walkthrough attractions and a series of panels including the creative minds behind “American Horror Story: Hotel” and Universal Studios’ “Halloween Horror Nights” fill the weekend with spooks.

Though the idea of a soda sampling event may be strange in comparison to a beer or wine version, the soda tasting still offers a wide variety of sugary drinks from all over the world. For those who pride themselves on burping, there will be a ‘burp-off’ for kids ages 6 to 12 to find the best belcher.

Filmmaker Guillermo del Toro’s gruesome visions of monsters, death and other horrors stake out a part of LACMA from August until the end of November.

Leading up to the theatrical release of “Suicide Squad,” comic book artist Philip Tan will sign copies of the “Suicide Squad” reboot series.

Chicano artist Glugio Nicandro, known as “Gronk,” hosts a mask making workshop that ties in with his current showing at the Craft & Folk Museum. With a background in performance art in addition to painting, Gronk shares his mask craftsmanship techniques he uses for set design.