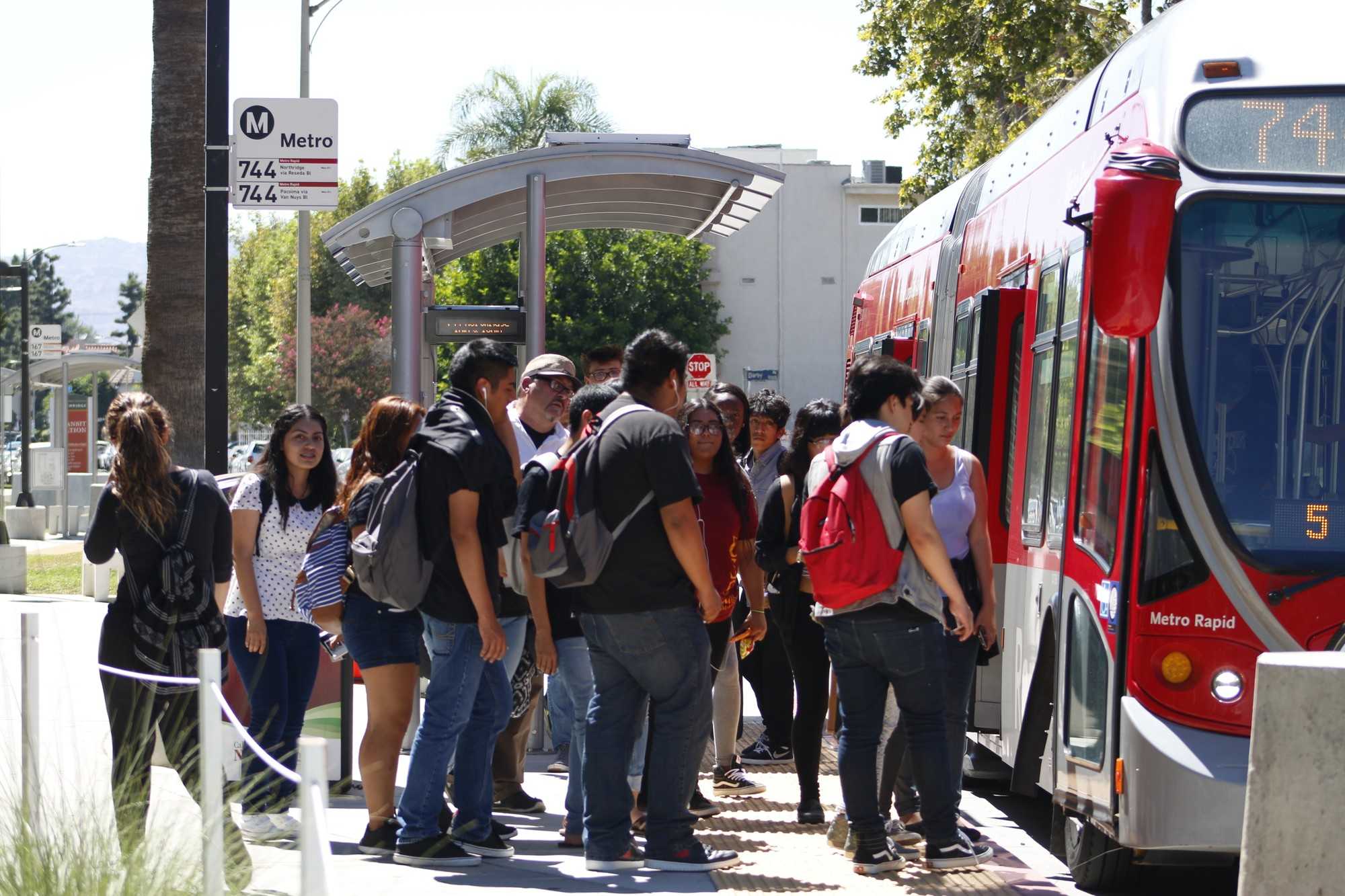 The CSUN community has struggled with commutes due to the lack of transportation options, but a possible solution to the problem was recently included in the Los Angeles County Traffic Plan.

The decision comes after the Metro Board of Directors voted in favor of adding a rapid transit line in the north San Fernando Valley that would connect to CSUN in the proposed Los Angeles County Traffic Plan.

According to the motion introduced by Los Angeles Mayor Eric Garcetti, this program is expected to directly benefit CSUN’s student population and to maximize public transportation in the San Fernando Valley area.

Director of Government and Community Relations Francesca M. Vega said there are several priorities that the San Fernando Valley had outlined in the plan, and that even though these would benefit the students and the campus, CSUN didn’t have anything explicitly for the campus in the plan.

“That’s why it was so important for us [CSUN] to ensure that we were at the table, and we were formalized,” she said. “Bus rapid transit was a priority for us and now we know that’s something that will be implemented in the plan.”

According to a statement released by CSUN president Dianne Harrison, the Metro Board of Directors voted to include $180 million to implement bus rapid transit connecting the east and west ends of the valley. This will help decrease carbon emissions, traffic congestion and parking on and around campus.

The plan lists hundreds of projects and billions of dollars in investments that will be funded by a half-cent sales tax increase.

If this measure is approved by voters on the November ballot, that would mean that CSUN is expected to the see the project finalized around 2023.

“This plan is not in the ‘right now.’ We are talking about years,” Vega said. “The projects in this plan of course, will happen

Vega explained that other projects will need some study and it could take 10 to 20 years to be completed.

“The great thing about CSUN is that we are now formally mentioned in the plan and our project has moved up. This is not something happening in 50 years,” Vega said.

On the other hand, the project could be at risk if the measure is not approved in the ballots.

“If people don’t vote for it, we aren’t looking at CSUN, but also all of the greater Los Angeles region and the many critical projects that other communities were advocating for. It will all go down the drain basically, if it doesn’t pass [the measure],” Vega said.