Game of Thrones music comes to the Palladium 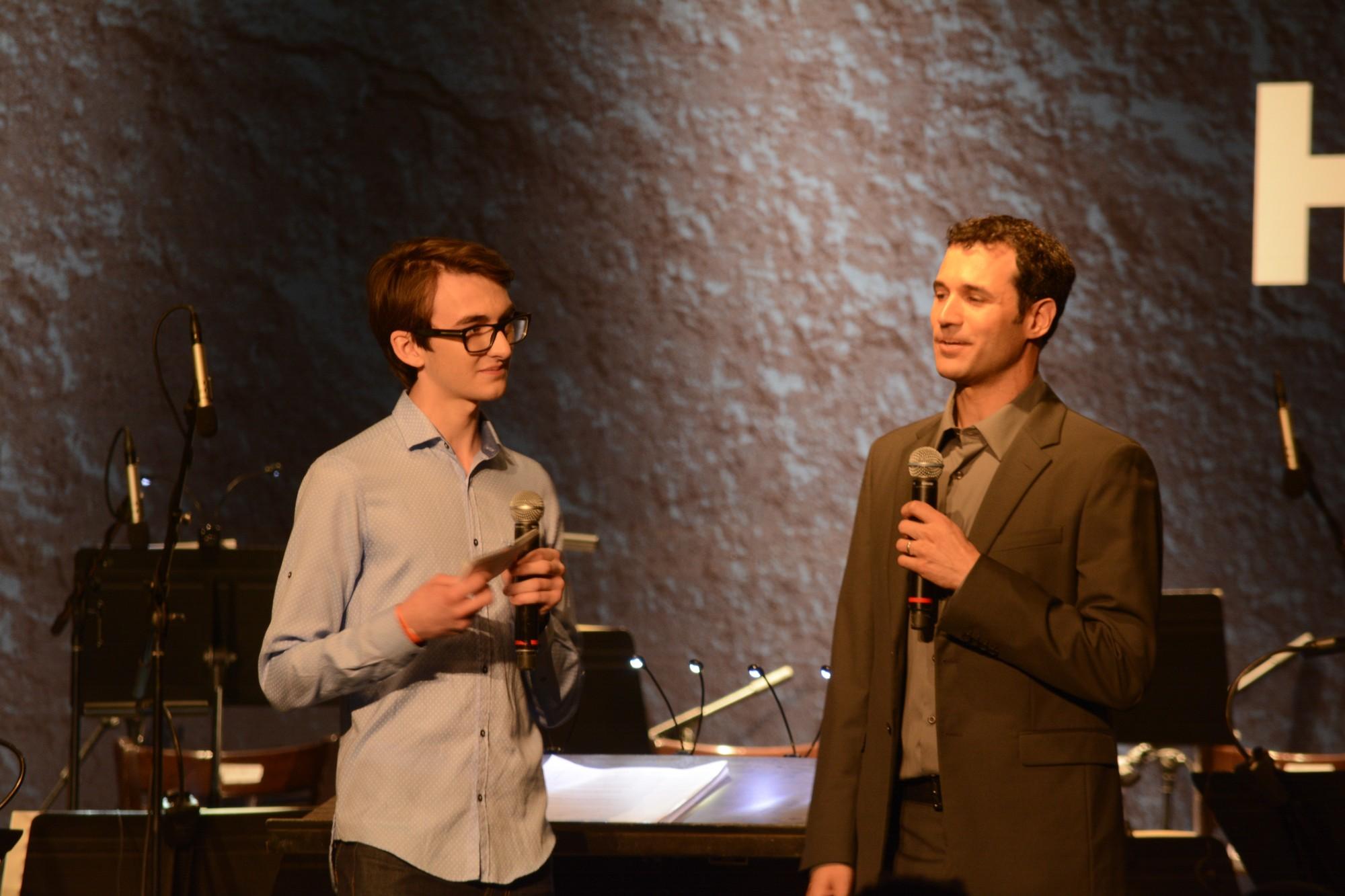 Actor Issac Hempstead(left) and Ramin Djawadi( right) have Q and A session before the Orchestra plays. (Josue Aguilar/The Sundial)

“Game of Thrones” composer Ramin Djawadi performed a medley of music from the popular television series alongside a live orchestra at the Hollywood Palladium on Monday.

Djawadi, who created the music for all 60 episodes of the series, wants fans to experience the sounds of the series live with the “Game of Thrones Live Concert Experience.” Djawadi also announced there will be an North American tour next year.

The live orchestra recreated the music from some memorable moments of the show, such as the “Rains of Castamere,” and “The Kings Arrival,” taking the audience on a journey through the seven kingdoms. During the concert there were also props from the show displayed on stage to add more depth to the performance.

Djawadi said future shows would use state of the art technology to immerse the audience into the world of the series.

“We will have very special set designs, digital technology in this experience,” Djawadi said. “But also organic elements that create a special stage that they’ve never seen before.”

Issac Hempstead, who plays Bran Stark on the show, joined Djawadi on stage for a Q and A session, where Hempstead asked him why he thinks the music from “Game of Thrones” resonates with the audience.

“We have a lot of character themes and themes from the different houses and plots,” Djawadi said. “So I think through the seasons, as we’ve sort of lost some characters, [it’s] nice to hear those pieces of music again and remember some of these characters and certain special moments in the show.

Kate Sumlin, a 33-year-old fan of the show, without spoiling the show, shared her own thoughts as to why the music leaves a lasting impression on the audience.

“It definitely builds the suspense and the tension,” Sumlin said. “In the season finale the music made such an impact in the first 20 minutes.”

There was also an exhibition piece called the ‘Hall of Faces,’ which used tablets to take pictures of the guests’ faces and displayed them on the columns, as seen on the show. On display were props from the show, such as Arya Stark’s ‘Needle,’ the House of Black and White costumes and the infamous Iron Throne, which guests were allowed to sit on to take pictures.