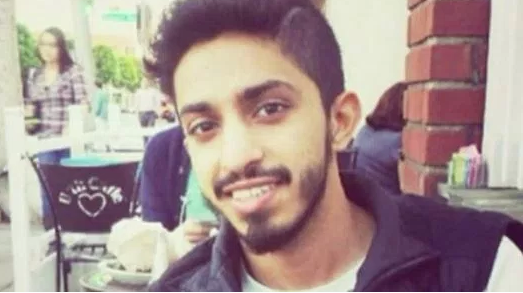 Long Beach resident Agustin Fernandez, 30, was sentenced to life in prison on Friday for the murder of 23-year-old CSUN student Abdullah Alkadi, who he met on Craigslist.

Fernandez was convicted of first-degree murder on June 9 for the death of Alkadi, which jurors also found that the murder included a robbery and carjacking.

Los Angeles County Superior Court Judge Hayden Zacky, who made the final verdict, said he believes the attack was premeditated.

Zacky also said Fernandez showed a cold and malicious heart in the way he callously disposed of Alkadi’s body.

In addition to the sentence, Fernandez was also ordered to pay victim restitution and a $10,000 state restitution fine.

Prosecutors allege the two met in Northridge on Sept. 17, 2014, to negotiate the price of Alkadi’s Audi A6, which he listed on Craigslist for around $30,000.

During the meeting, Fernandez stabbed Alkadi six times in the chest in an attempt to keep both the money and car. Alkadi’s body was found a month later off Interstate 10 in Palm Desert.

Fernandez’s attorney, Justine Esack, filed a motion for a new trial on July 29, on the basis that Deputy District Attorney Cynthia Barnes’ conduct was out of line during cross examination, citing use of aggressive and deceptive methods.

However, Judge Zacky denied the motion saying that Barnes did not use deceptive or reprehensible methods, and that the court maintained control throughout preceding.

Prosecutors will be seeking victim restitution on behalf of Alkadi’s family with a hearing set for September 27.