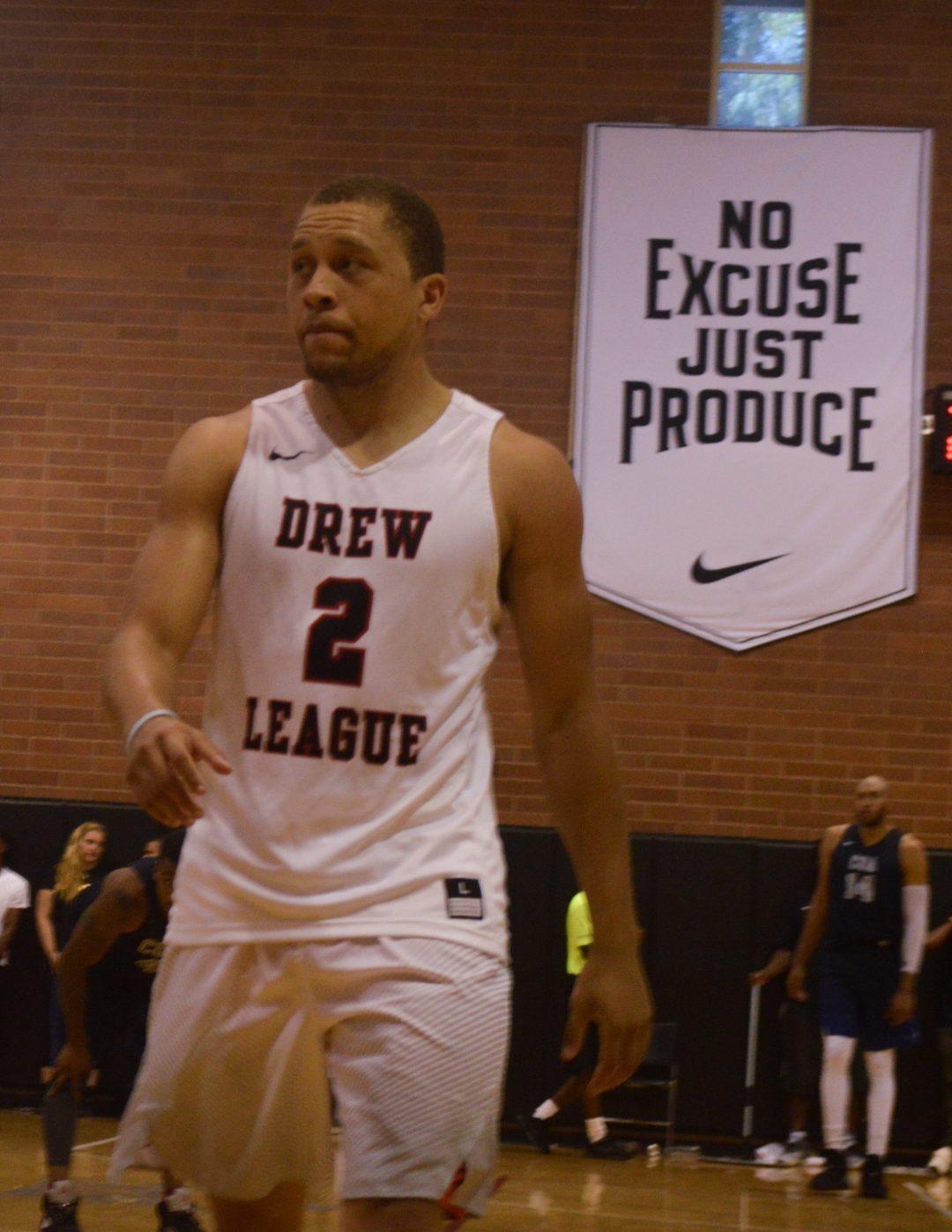 Playing professional basketball overseas, Mike Efevberha was surprised when people started coming up to him and calling him ‘Money Mike.’

It was then that he knew the Drew League had arrived.

Efevberha only played one season for the CSUN men’s basketball team as a junior in 2006, leading the team in scoring with 17.1 points per game before leaving to enter the NBA draft.

He has since played professionally in the NBA’s development league, New Zealand, Switzerland, the Dominican Republic, Russia, the Czech Republic, Lebanon, and China.

However, the one place he returns to every summer is the Drew League here in Los Angeles.

Today, the league is held at King Drew Magnet High School in L.A. With 28 teams and a season that runs from the beginning of June to mid August, it routinely plays host to some of the top professional, college, and high school talent from the Los Angeles area.

The league soared in popularity during the summer of 2011 in the midst of the NBA lockout. With NBA players unable to train and practice at their regular facilities, word began to spread that the Drew League was a place to get some serious workouts.

That was the summer that Efevberha earned his nickname, ‘Money Mike’ due to his near automatic jump shot.

The increased popularity of the league and its reputation for tough competition helped him in securing opportunities overseas.

“I had a good summer and made a better name for myself back then,” Efevberha said. “The competition is great. People might watch the highlights online and it may not look like it is a strong league at times but you [have] to come with your A game or you are gonna get exposed.”

That summer, the league had appearances from big name NBA stars such as Kevin Durant, Lebron James, and Kobe Bryant. Efevberha is one of many in the league who has used the influx of NBA talent as a measuring stick for their own games.

“I used to dream about coming and playing against some of these guys and I got my opportunity to play against Kobe Bryant here,” Efevberha said. “If you come down here you are [going to] get an opportunity.”

One former Big West conference player who has turned his Drew League performance into an NBA opportunity is Bobby Brown.

Brown starred at Cal State Fullerton from 2003-2007 before playing for four different NBA teams in two years. He has played overseas since 2010 but has had dominant performances in the Drew League every summer.

This summer he caught the attention of the Houston Rockets while playing on the same team as Rockets superstar guard James Harden.

“I had James in my corner the whole time, pushing me. That definitely was a help,” Brown said. “Our chemistry is so good, I know how to play off him and he knows how to play off me. We are going to try to take that into training camp and just try to make it happen.”

Another former Matador who hopes to use the league to get an opportunity is Josh Greene.

“It is probably the most competitive, non professional, open run type setting in the country,” Greene said. “You are playing against some of the best athletes in the NBA, college, high school, overseas. It is a combination of everything.”

Greene was an All-Big West Conference Honorable Mention for three straight years and was named to the All-Big West Tournament team his senior year before heading to Italy where he plays professionally.

He has played in the Drew League since he was at CSUN and sees the league as a confidence booster, believing that is the key to being successful in games.

“It is all about confidence whether you are playing against a high school guy or a NBA guy, it is really all about you and competing with yourself,” Greene said.