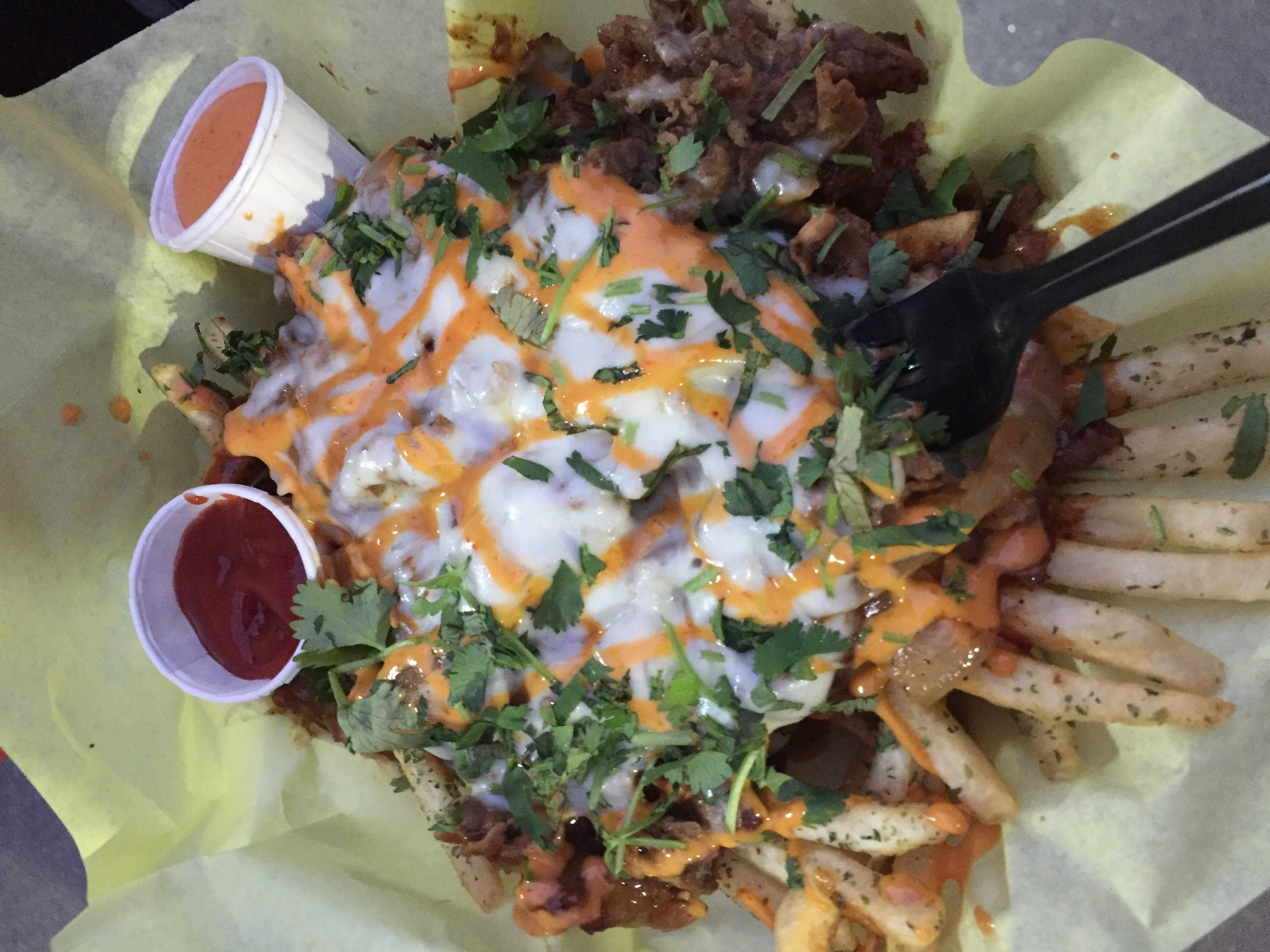 As the sun went down and the lamps around campus lit up, the sound of laughter and chatter filled the lawn of the Oviatt Library, which only meant one thing: Summer Movie Fest at CSUN.

The summer production runs for twelve weeks, beginning on June 16 and ending September 1. The event also features a wide variety of food trucks guests can indulge in.

Freddie Alvarez, 24, stood in front of Epic Tacos food truck during his break from his accounting class. The first time he was introduced to the truck, he ordered a Ruiz Burrito, which consists of the customer’s choice of meat, Spanish rice, pinto beans, guacamole, Jack cheese, pico de gallo, and sour cream, wrapped up in a flour tortilla. One dish that distinguishes this food truck from others is the gluten-free taco plate.

“It’s really good,” Alvarez said as he dug into the most popular dish on the menu; a freshly prepared tray of carne asada fries called the Señor Fries. “It’s kind of like a taqueria, but it’s a bit more prestigious.”

The Sylmar based business, Los Ruizenores Taco Catering Service, which has been up and running since 1998, has served their family’s recipe to the general public throughout the San Fernando Valley, San Gabriel Valley and other surrounding areas of Los Angeles County.

“This place has really good service,” Alvarez said, “and the prices are reasonable so we can support our own community.”

Epic Tacos’ neighbor, Tokyo Doggie Style, keeps the customers coming with its large variety of food. The downtown Los Angeles business is a Japanese food truck that offers dishes such as Philly cheesesteaks, gluten-free salmon bowls, vegan and regular hot dogs along with the most popular dish, the Yakiniku Loaded Fries.

“We try a little bit of everything from the food trucks but this was the first time a food truck has really stolen our hearts,” said Sophi Wong, 24, CSUN alumni.

By Wong’s side, another CSUN alumni, Jessica Mauldin, 24, said they have followed this food truck since last month to a few other local events.

Hulapop Kettle Corn was another business present at the event, which owner Adam Halaby, 49, said is family owned and has been going strong for 13 years

Hulapop’s business has thrived and has stretched as far up as Channel Islands, down to San Clemente, and over Newhall.

The truck produces kettle, cheddar and caramel flavors along with the rainbow popcorn which consists of blueberry, cherry, and grape flavors. Kettle and caramel are the two most popular flavors among adults according to Halaby.

Shawn Wilson, a CSUN alumni, has tried over thirty different popcorn varieties and said this is one of the best caramel popcorn flavor he has ever had, especially when it is still warm.

By using non-GMO corn, high quality oil and sugar, Halaby’s popcorn has a fresh, unique taste to it.

Giggles were heard all over the grass as the scene in which Dr. Evil tries to rekindle his relationship with his son in the film played on the big screen. Lawn chairs were propped open and blankets were laid out all over the vicinity.

There are two nights left of the Summer Movie Fest, with “Step Brothers” to be shown on Aug. 25 and “Star Wars: The Force Awakens” on Sept. 1.