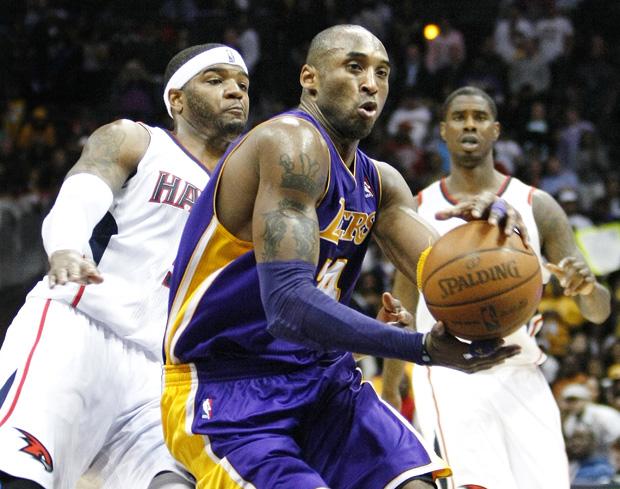 Kobe Bryant has taken over the Lakers offense, providing them the spark needed to reach the playoffs. Photo courtesy of MCT

The event was put together by Councilman Jose Huizar in celebration of Bryant’s efforts on and off the court. It was also held to pay homage to Bryant’s two numbers he wore throughout his 20 year career with the Lakers, 8 and 24.

Many Lakers fans showed up to the event in order to show their support for Bryant.

Bryant spoke in front of a crowd of fans at the event and thanked them, along with the city, for their support. He was given a framed proclamation by Council President Herb Wesson and Mayor Eric Garcetti.

Fans lingered around the area after Bryant left the scene and shared their favorite Bryant moments over the years.

“I’ve been a die-hard Laker fan my whole life,” Salazar said. “The first championship that he won with Shaquille O’Neal, that was the best Kobe moment for me, but also the last game that he played. I was outside Staples Center that day and I saw a lot of people and I haven’t seen that many people since they won the championship.”

Current and former CSUN students also weighed in on the basketball star’s day of celebration.

“It’s just crazy to me. I started watching basketball at age six, which is when Kobe was a rookie and I have watched his career from start to finish, and have experienced his highs and lows as a diehard fan as if they were mine,” Tigran Martiosyan, CSUN alumnus said. “And now I have to get used to watching the Lakers without him on the court.”

Some fans, however, are skeptical if they will ever see this kind of determination and passion from any of the Lakers who are currently on this year’s team.

“I just hope the young players on this team understand how important winning is to us as a franchise,” Darrel Boyle, a fan at the event said. “We have been a winning team and have a very proud tradition to carry on in terms of being successful. We celebrate the career of Kobe Bryant today to show gratitude to someone who put his heart and soul in this city and the Lakers organization. I hope the young guys will approach the game in the same way.”

Although Bryant is not longer on the team, fans
can still reminisce on the legacy of one of L.A.’s brightest stars on this day.