Parking permit prices on the rise 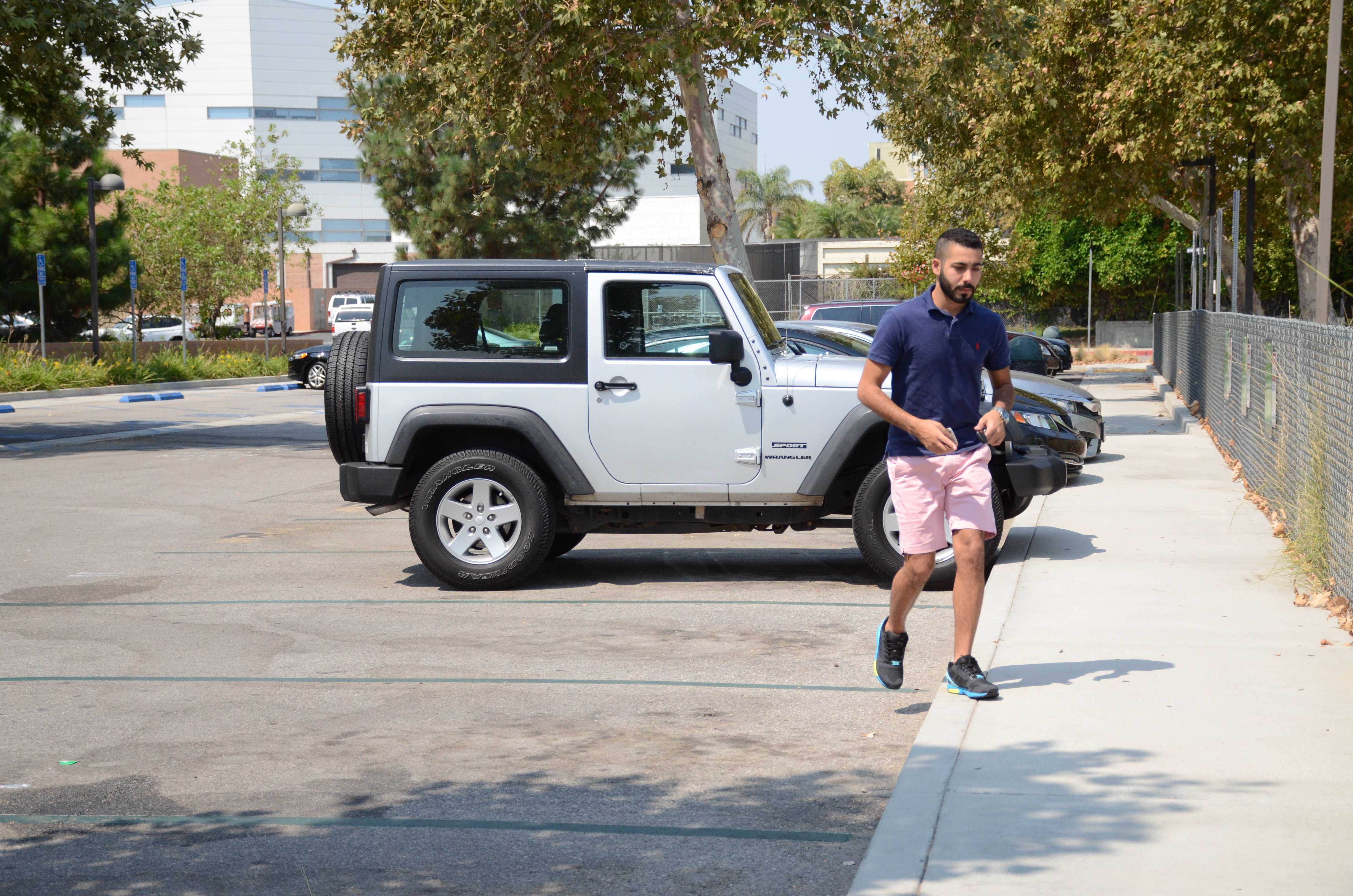 Student Khaled Alotaibi walks away from his car after parking near the Student Recreation Center on Thursday, August 25. Photo credit: Erik Luna

A $9 increase for semester parking permits will be implemented, as well as a $2 increase on daily parking passes, bringing the cost up from $180 to $189 and $6 to $8 respectively, according to Donahue.

The last time rates were increased was in 2009.

According to the email, the revenue from the increase will be used for improved shuttle service, safety and energy efficiency upgrades, lot refurbishment, additional electrical vehicle charging stations and implementation of reduced two and four hour day parking rates across the campus.

Additionally, Donahue says that due to CSUN’s recent collaboration with L.A. Metro, an attempt to curtail traffic snarls by having more students transition to public transportation, the money from the rate increases would go towards extending bus schedules for students with night classes.

The collaboration also aims to subsidize metro tap cards for students and help pass Measure M, a proposed $860 million bond measure on the ballot in November that, if passed, would look to get bus lines down Nordhoff Street and Reseda Boulevard servicing CSUN students.

The money would also help fund the new $30 million G6 parking structure which is slated to open in fall/winter of 2018.

Students complain the lack of prime parking spaces near campus and heavy traffic congestion now lasts longer than the first two weeks of school and doesn’t aid the argument for a price increase.

Walter Grandez, a senior kinesiology major, lamented how frequently he was relegated to the north lot, which costs less to park in than other lots because of its distance from campus.

“The whole 15 weeks I had to park in the north parking lot. Had I known, I could have paid the $80 and bought that permit, but instead I basically shelled out $180 for nothing,” said Grandez. “I would have to walk or take the shuttle and ended up being late for class many times.”

The rates can be expected to increase 3% annually for the next several years. In the 2017-2018 school year, for example, a student will pay $198 for a single semester parking permit.

However, Donahue insists that all fee increases are carefully planned and considered over a long period of time, adding that the increase is absolutely necessary as the Parking and Transportation Services department is entirely self-sustained and receives no government funding.

He also said that the department consulted with student representation groups such as the Student Fee Advisory Committee and Associated Students prior to determining the fee increases.

“When we look at issues like this, students are among some of the most astute people on this campus,” said Donahue. “Rather than just be upset about things, they actually looked at it and assessed it, and the feedback we got was, ‘we understand.'”

Some took issue with the fact that the rate increase notification email was not sent out en masse to all students, a fact Donahue cited as a matter of “timing”.

The email is now up on the Parking and Transportation Services’ homepage.

*The previous version of this article stated that the proposed bond measure is $180 million, but has been corrected to indicate that it is $860 million.