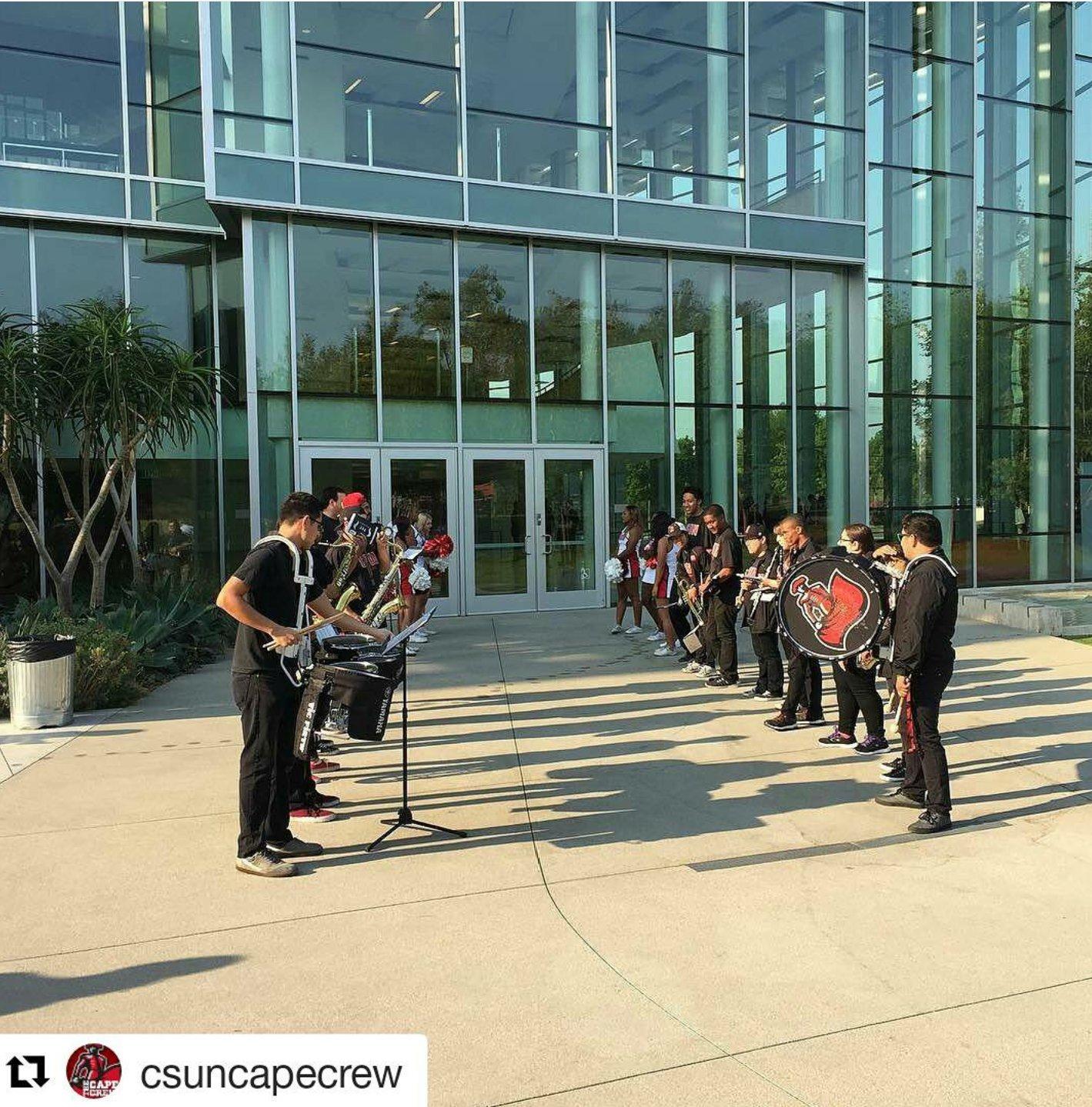 She began the address by asking all attendees to give a moment of silence for faculty members who passed away this year, as she offered her deepest condolences.

Harrison later explained the importance of student success and the elimination of the achievement gap. With a slideshow, she presented brief highlights of CSUN student achievements throughout the 2015 and 2016 school years.

She congratulated the student winners who participated in the CSUN Bull Ring competition, similar to the show “Shark Tank”, which gave students a chance to showcase their entrepreneurship abilities and the AppJam competition that invited students to compete in a mobile app competition. She also congratulated the Model UN team for winning the Outstanding Delegation Award last fall.

“These successes, of course, are deserving accomplishments by talented, smart, young leaders,” Harrison said. “All of these leaders and accomplishments, we are so proud to have on our campus.”

Harrison said she uses diversity to give students a 21st-century education in order for them to obtain new learning styles.

Among other topics, Harrison spoke about faculty member diversification, programs being created for minority students and a temporary housing program being initiated for homeless or low-income students, along with an expanded food pantry.

A DREAM Center was also put into place for undocumented students.

With many first-time freshmen coming to the CSUN campus, Harrison wants to make sure students receive the appropriate resources for their academic success.