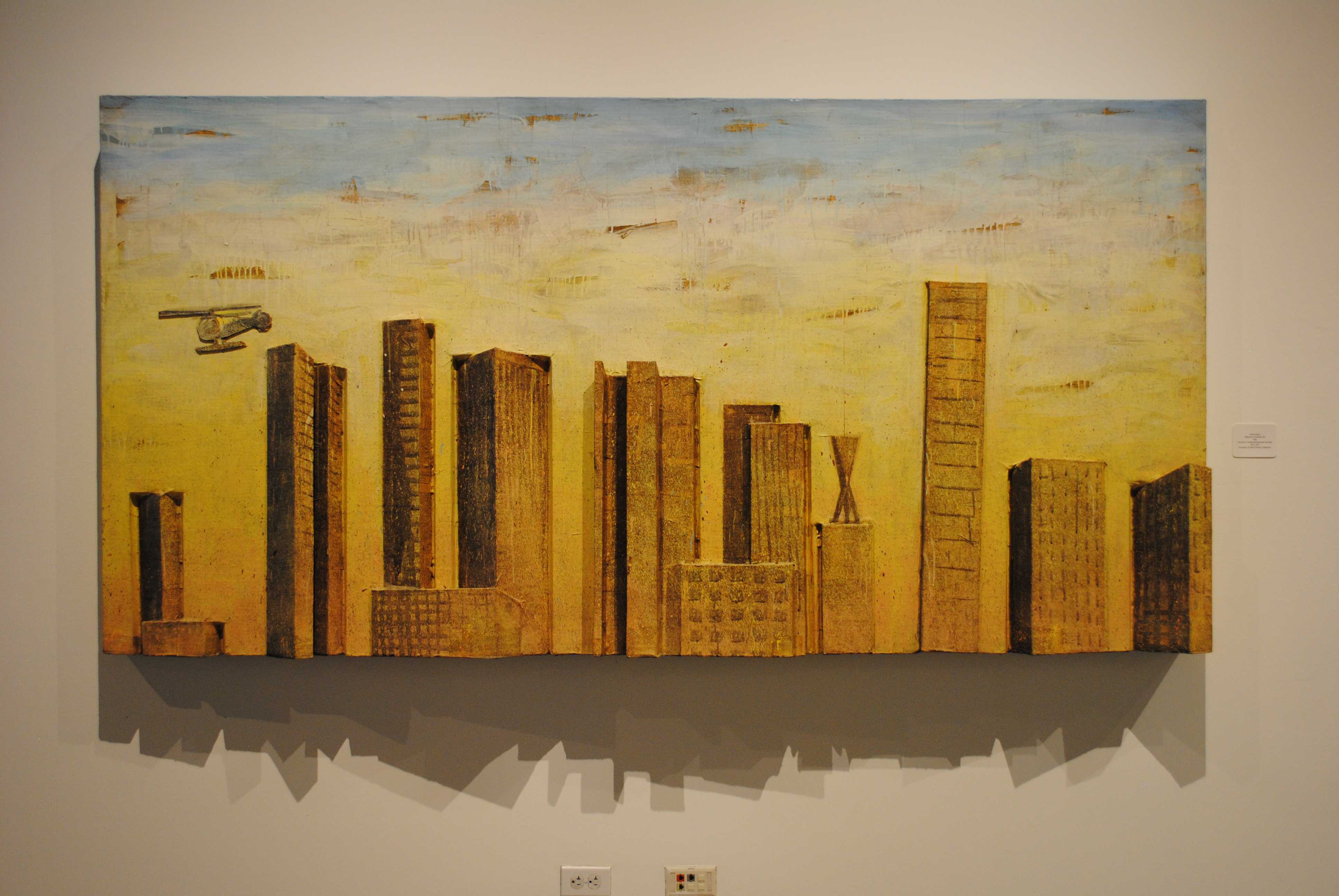 “Karla Klarin: Subdividing the LAndscape” exhibit opens to the public on Aug. 29 and runs through Oct. 8 in the main art gallery located in the Art & Design Center on the northern end of campus (18111 Nordhoff St. in Northridge), on N. University Dr. (Plummer Str.).

The exhibition features over 35 selected pieces, ranging from colorful abstract pieces to acrylic 3D wall-constructions, that were chosen from several bodies of work produced by Klarin since the early 1980s.

This exhibit highlights the LA artist’s most recent “Natalie’s House” series that takes the Van Nuys subdivision of her youth as its starting point – a pink house from her childhood that influenced her definitions of what beauty and style could be. An aesthetic she’s carried with her for the past 50 years.

“Like I’ve told my kids, in life, it’s like a treasure hunt,” said Klarin. “You follow one clue and another one, that’s how I’ve approached painting. I don’t plan out what I’m going to paint, it’s more intuitive.”

Klarin was raised in the San Fernando Valley. She obtained her Master of Fine Arts degree from Otis Art Institute, Los Angeles and was awarded the Los Angeles County Museum of Art Young Talent Award in 1982. Klarin was one of the first artists to live and work in Downtown LA since the 1970s and helped establish the area’s art district.

CSUN art galleries director Jim Sweeters has been a fan of Klarin’s work since the early 80s.

“I’m very excited about it,” Sweeters said. “It’s going to be a good show. We think the students are going to like it a lot.”

There is a fully illustrated catalog of the gallery show which includes contributions from the exhibition curator, Damon Wilick, an art history professor at Loyola Marymount University, as well as original written works by American essayist D.J. Waldie, Director Emeritus of the J. Paul Getty Museum John Walsh, and Klarin’s husband, Dave Bushnell.

CSUN art gallery hours are noon to 4 p.m. Monday through Saturday, and noon to 8 p.m. on Thursday. Parking can be found in lots D6 and E6 at Halsted/Lindley. For more information, call Erika Ostrander at (818) 677-2156 or visit www.csun.edu/artgalleries.