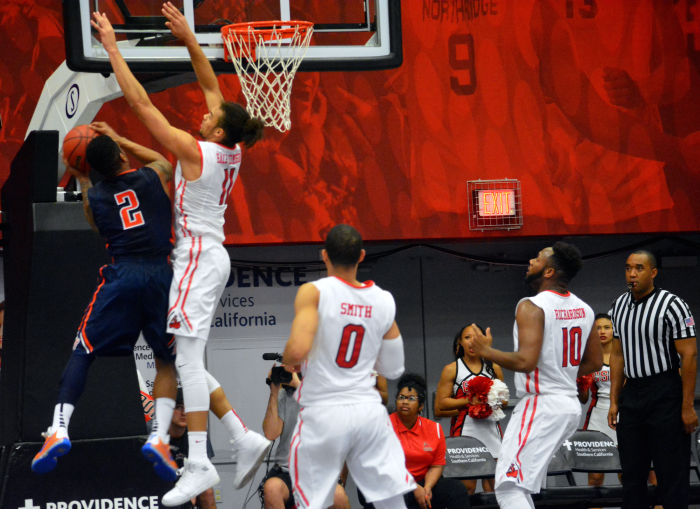 Senior forward Tre Hale-Edmerson contests a shot against the California State University, Fullerton Titans on Feb. 10 in the Matadome. (Patricia Perdomo / The Sundial)

CSUN men’s basketball player Kendall Smith will receive an extra year of athletic eligibility, according to a press release from the CSUN Athletic Department.

Smith, who transferred to CSUN from University of Nevada, Las Vegas in 2015, will enter this upcoming season as a junior. As per the press release, Smith was granted an additional year of eligibility by the NCAA due to a medical hardship.

Following this season, he will have two remaining years of athletic eligibility.

After sitting out the 2014-2015 season due to NCAA transfer rules, Smith made his CSUN debut last year and averaged 15.3 points per game and 3.0 assists per game.