AS holds first meeting of the fall 2016 semester 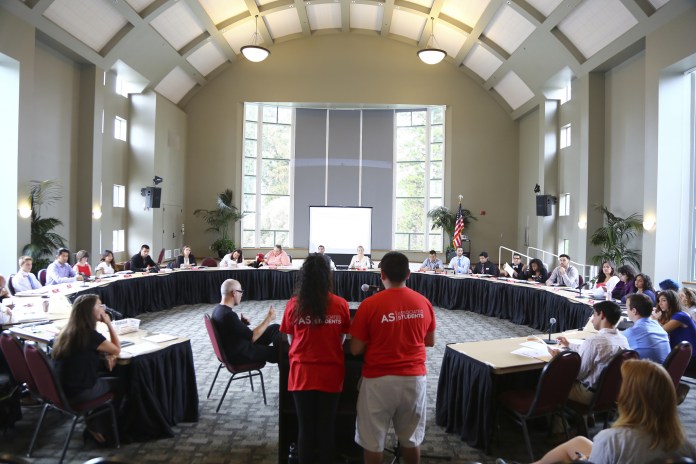 With only four returning senate members, yesterday’s AS meeting touched on the encouragement of prioritizing studies while staying mindful of the responsibilities they hold to students, according to AS President Sevag Alexanian.

According to an email, Lopez read from CSSA, there have been great strides made and further progress will require continued administrative action.

“I understand words can hurt, but in the marketplace of ideas, even if you disagree with someone’s stance, it’s still vital that they have the right to their opinion just as you do,” Crandall said.

One student letter read that if it wasn’t for her scholarship, she wouldn’t have had the opportunity to stop working full time and focus on getting her degree.

A.S. meets every Monday at 9 a.m. and has an open forum where students and faculty members can express their concerns or suggestions.

*The previous version of this article misspelled Sevag Alexanian’s name but it has been corrected.