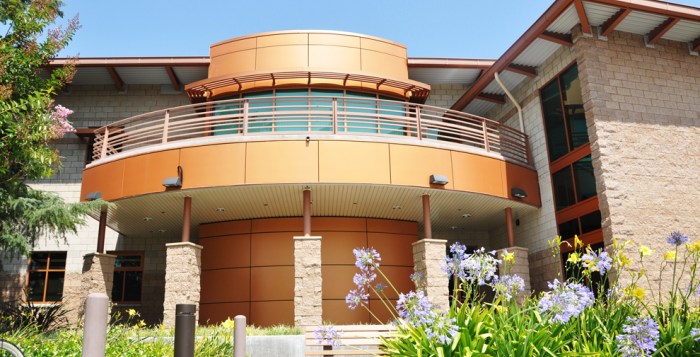 The Department of Police services building is located at the corner of Darby St. and Prairie St. This is the central location for all lost and found items on campus.

An attempted robbery on Lassen Street and Lindley Avenue was reported to the CSUN police department this afternoon.

According to CSUN police, the victim was attempting to sell her cell phone to the alleged suspect at the intersection. The suspect tried to take the victim’s cell phone and punched the victim in the face before fleeing the scene.

The alleged suspect is believed to be a black male, approximately 20 years of age and around 5’11”. At the time the alleged suspect was wearing a red t-shirt with a logo, black shorts displaying an Under Armour logo and flip flops with white socks pulled up.

According to Christina Villalobos, the public information officer for police services, the victim is not a CSUN student and the case is being turned over to the Los Angeles Police Department (LAPD) for further investigation.

A similar incident happened earlier this week on August 28. The CSUN police are working with LAPD for the incidents that occurred on August 28 and it is unknown if the victim was a student at CSUN.

Both of these incidents happened near campus and around housing. They have also involved a suspect, who was luring victims with intentions of stealing their cell phones.